If you have time in Slovenia or you are somewhere on vacation we recommend you visit the Postojna Cave.  The cave is known as Postojnska jama Cave. It is situated near Postojna, about 50 km from Ljubljana and 35 km from Trieste.

The cave stretches over 20,000 meters and was created by Pivka river. The place is a tourist destination by 1819. An interesting fact is that the cave was electrified in the early 19th century. That is the capital Ljubljana. Also, there is the longest underground tourist route in the world – 5.3 km. Because of her great lengths further back in 1872, it placed first underground tourist train.

Entering the cave seemed to sink into another world. For an hour and a half of your life, you will be in the depths of the earth. No doubt you will admire the incredible forms that are revealed before your eyes. Only for an hour and a half, you are going back about 140 years. The tour begins with a tourist train, which rides about 15 minutes. During this time, every minute marvel at the phenomenal self-sustaining cave forms. There is a plenty of all kinds of cave formations – stalactites, stalagmites.

After traveling by train it comes the pedestrian route. The drag stops in a huge hall where are forming different groups, according to the language. It should be noted that there are leaders in four different languages. The tour is about 30 minutes – 1.5 km. The guide leads the group through various tunnels, halls, and galleries. He focuses on some important elements of the history of the cave. Also, I want to interject that our guide was funny and was not at all intrusive. He left us to unleash our imagination without telling us what is expected to see.

The cave is well suited for tourists. Paths traversed are made by “The Flintstones” which is not slippery and thus is safe for tourists.

In fact, the cave has two levels, which is the work of Pivka river. At the beginning of the pedestrian route is winding down a path in which leads to Russian Bridge. The name is Russian Bridge because during World War II it was built by Russian prisoners. After the bridge passes a large gallery that called Lepa pit. The forms in it are white and seemed more exquisite than those observed so far. It leads to the famous “Spaghetti” hall, which is full of stalactites that hang from the ceiling. In the early Lepa pit was no way out but subsequently, they made an artificial tunnel. Once it reaches the station, which takes us into the Russian bridge.

During this time more incredible and amazing shapes are revealed before the eyes of visitors.  I was not sure is that true – admiring nature and power which is sculptured so delicate cave formations.

After some more walking, we reached the symbol of Postojnska Jama Cave – The Diamond. Even the logo of the cave is precisely this stalagmite. It is high about 5 meters and snow white – as if truly shines like diamonds.

Personally, I’m more impressed entities located directly behind the huge diamond. Somehow they remind a huge musical instrument. The gentle and smooth folds stayed in my mind as one of the most beautiful places in the cave. 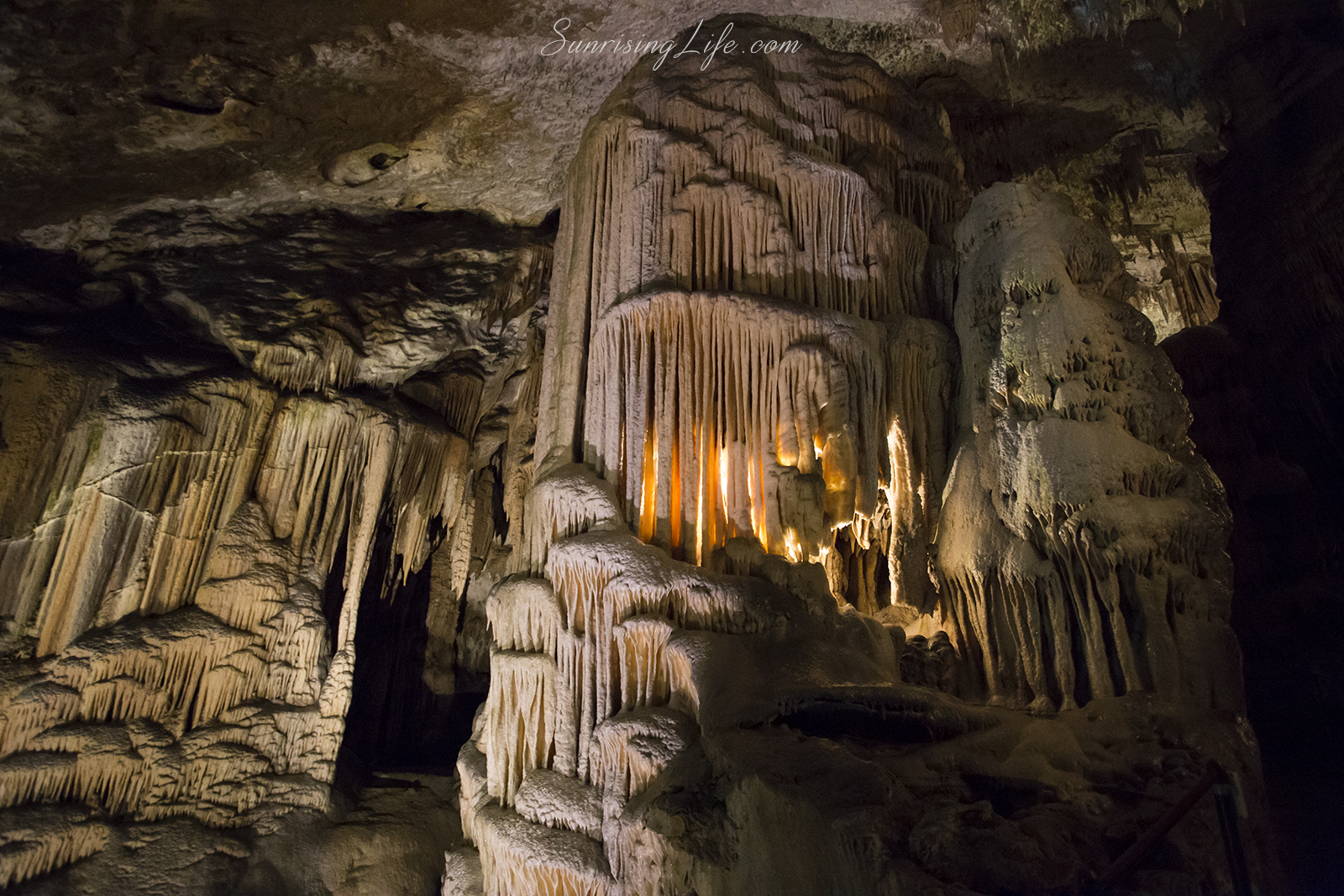 The sense to visit this place is amazing. The scales are so large that even now my mind can’t accommodate them. And all this, all this loveliness is happening without human intervention. It just happens – although the man. And this is fascinating. It makes me bow before the great force of nature that can even carve stone gentle forms of a fragile flower.

Another interesting fact is that in the cave lives more than 84 different species. They represent the subterranean fauna. The most famous representative is Proteus (Proteus anguinus). This is the kind fish that can survive without food for more than 10 years. The chance to see that occupant in the cave is small. That is why at the end of the perimeter their aquarium with Proteuses.

After the big aquarium tour is now coming to his end. The largest room in the cave – The Concert Hall is one of the last things that you will see. It has a capacity of over 10,000 people. 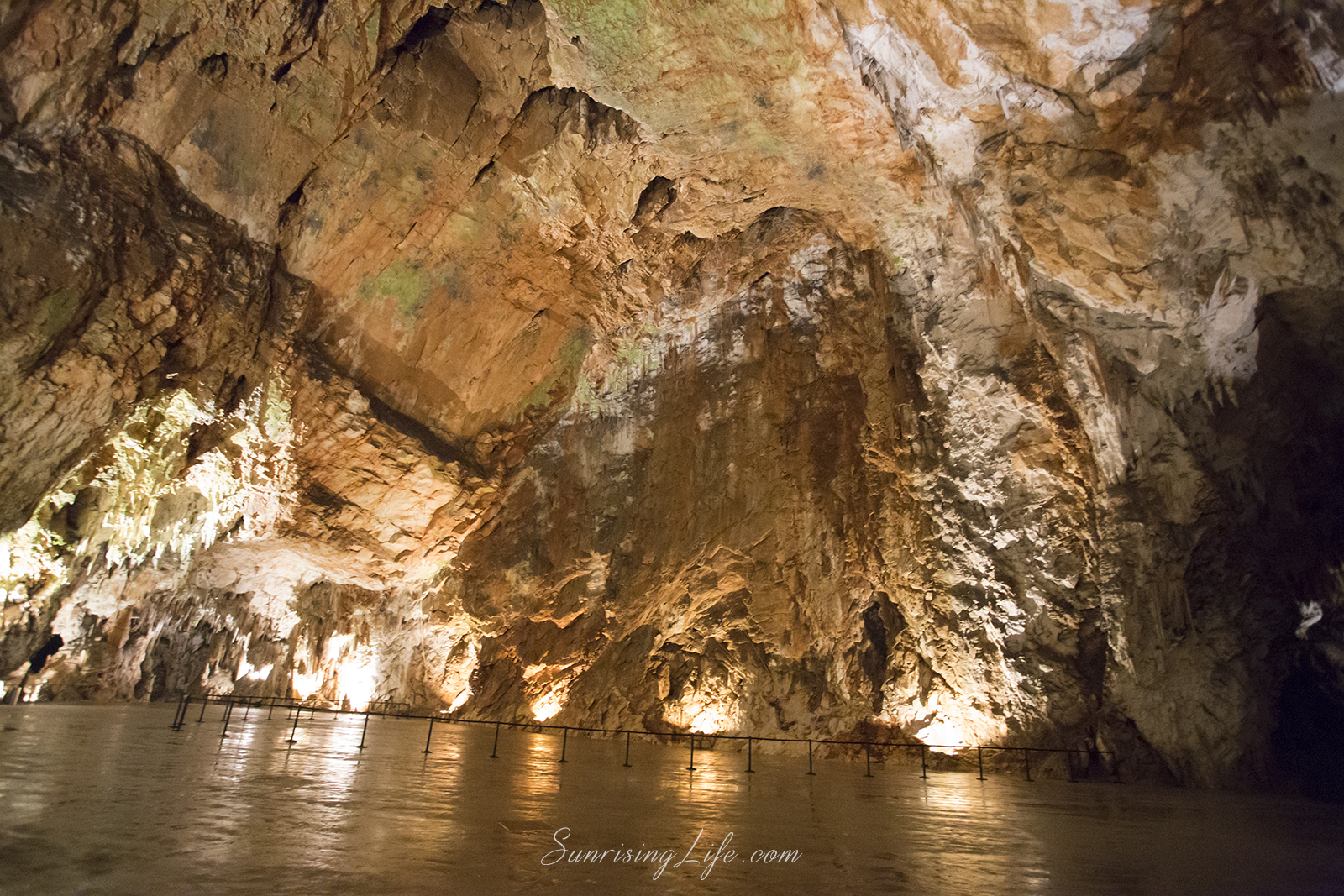 After that – again on the train. We made a video, which is all the way back by train.

The guide told us that finally has a surprise for us. We thought this was a large concert hall, which is impressive with its size. Alas, the surprise was far greater. The way back with the train was around 15 minutes. When it stopped in front of our eyes revealed one of the most majestic scenery. Flowing underground river, which is the reason for the formation of Postojna Cave. Even now, recalling this moment my breath stops. The experience was memorable and definitely worth it. 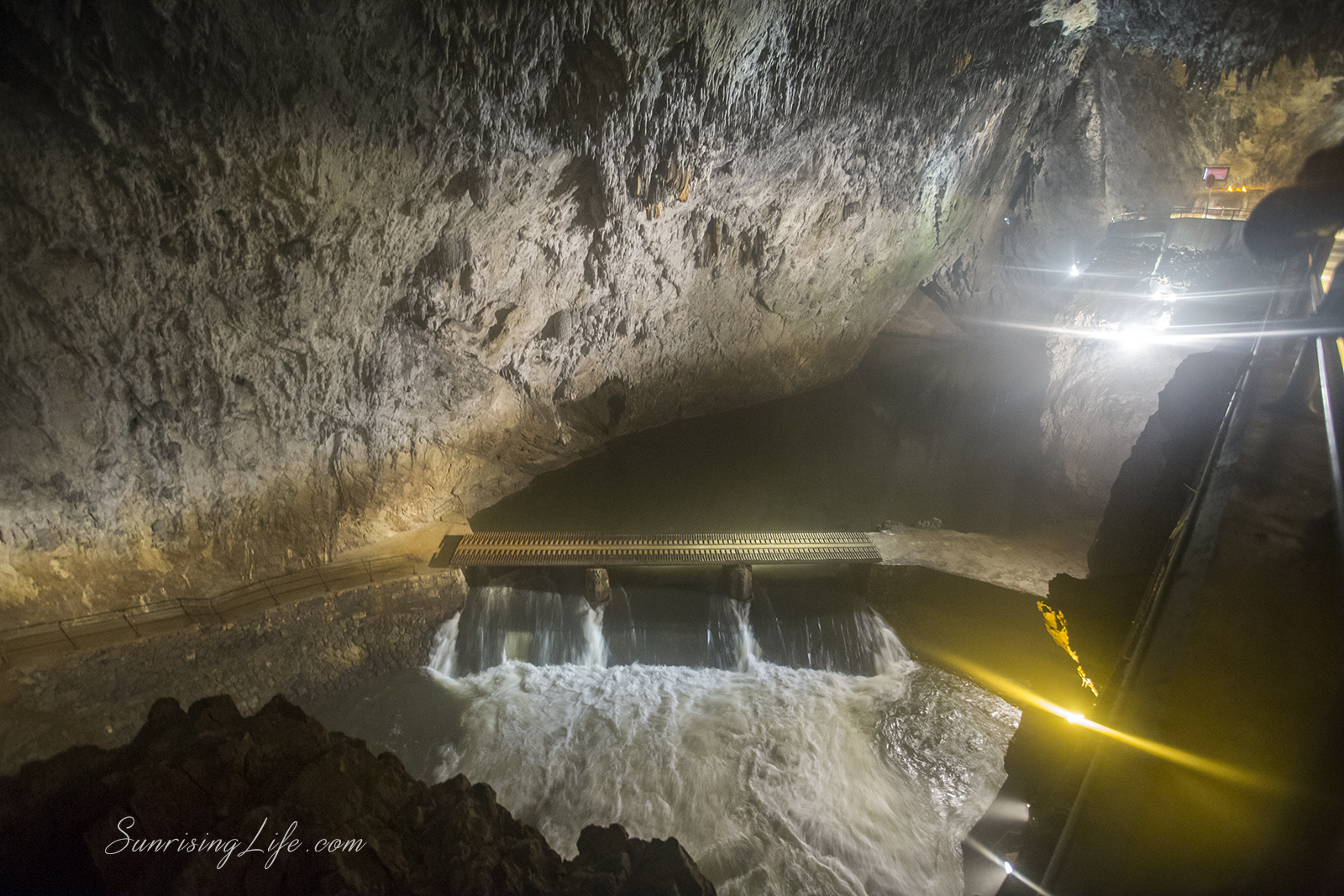 I highly recommend this destination because it will forever leave a memory in your mind. One more thing – regardless of the season in which you visit it – get something overcoat. The constant temperature in the cave is around 10 degrees centigrade. If you want you can watch the video we’ve made in the cave. You will get at least a vague idea of the experience that you can have if you visit this magical place.