The old town of Nessebar is literally a cultural treasure, wrapped in fortress walls where only connection with the mainland is narrow isthmus in the middle with mill. Few people know that it was build only as a tourist attraction, but the real mill that has been working years ago, now is built into the hotel, located at the beginning of the new part of the town.

There is no way to represent this amazing history of this great town named Mesambria, which is minted their own coins in 440 BC in one article or post. It must be visited. For this reason I have prepared 17 sites with brief information. At the end of this article you can find a map with the exact location of all attractions in this article sort by numbers.

The first thing that will do a strong impression at the entrance are the fortress walls. 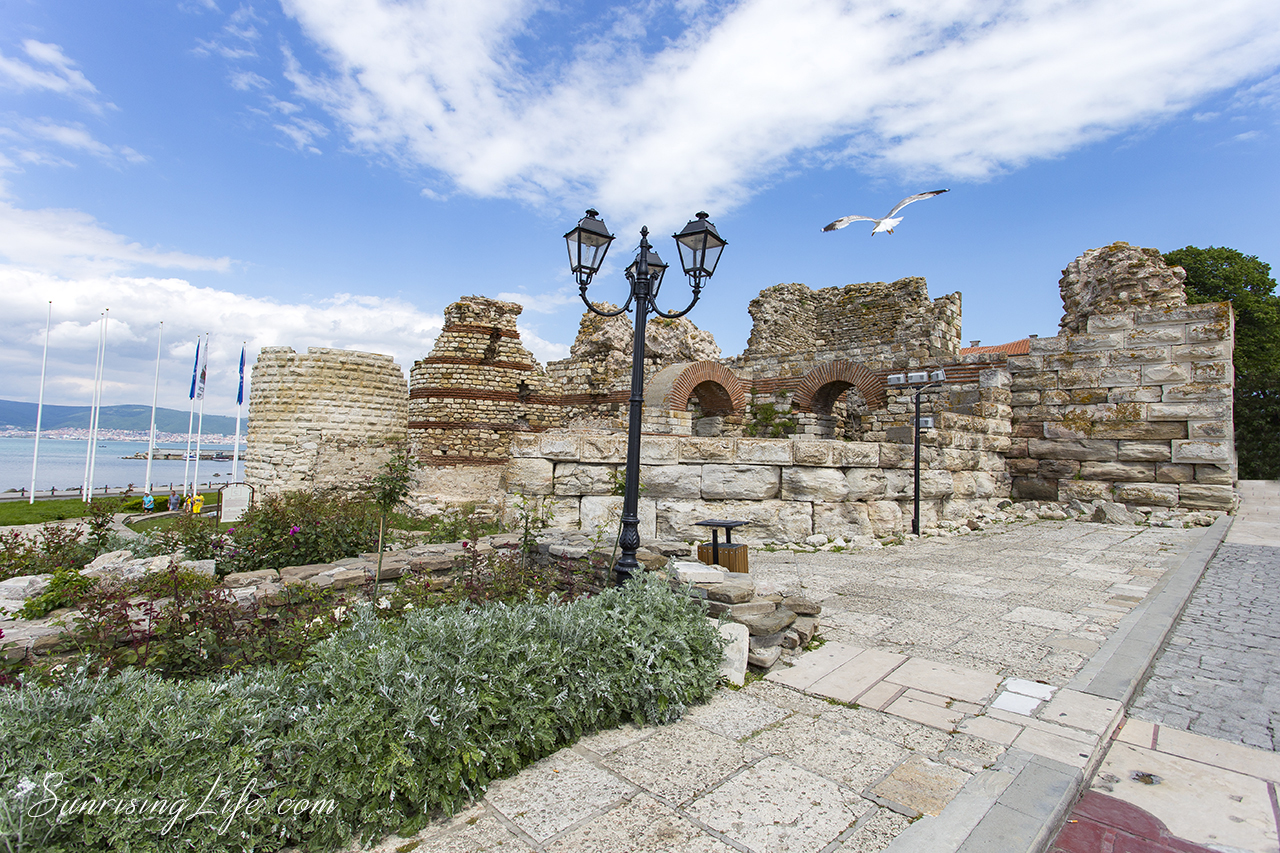 Immediately behind walls is located the archaeological museum. It is part of the Bulgarian national movement “100 National Tourist Sites.” 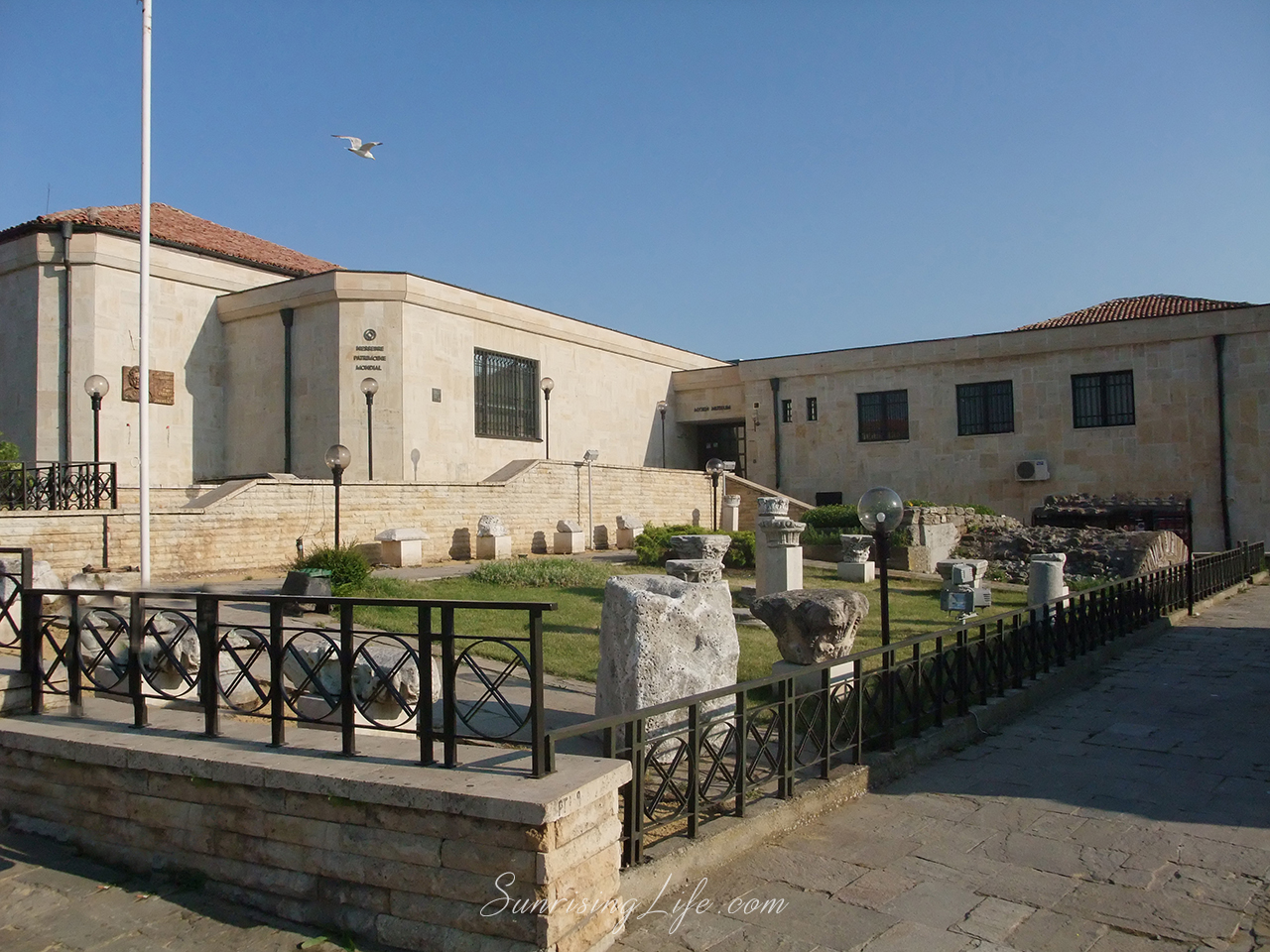 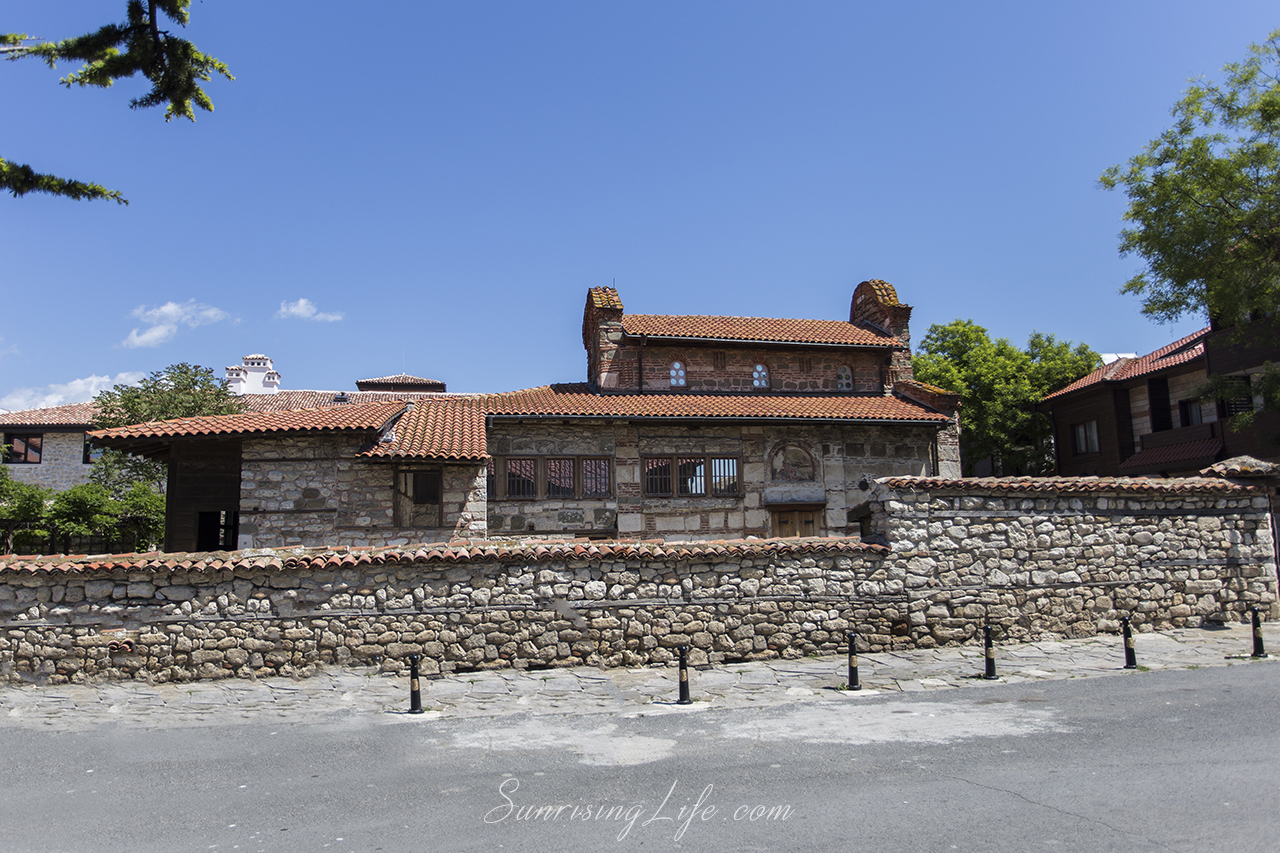 The church is a part of national tourist movement “100 national tourist sides”. Church is validated 11-13 century. It’s build in typical byzantine style. The church is built of stone and brick. Inside you can find over 1000 figures represented in over 200 compositions. In the 18th century the eastern wall of the church was painted scene of “Doomsday”. 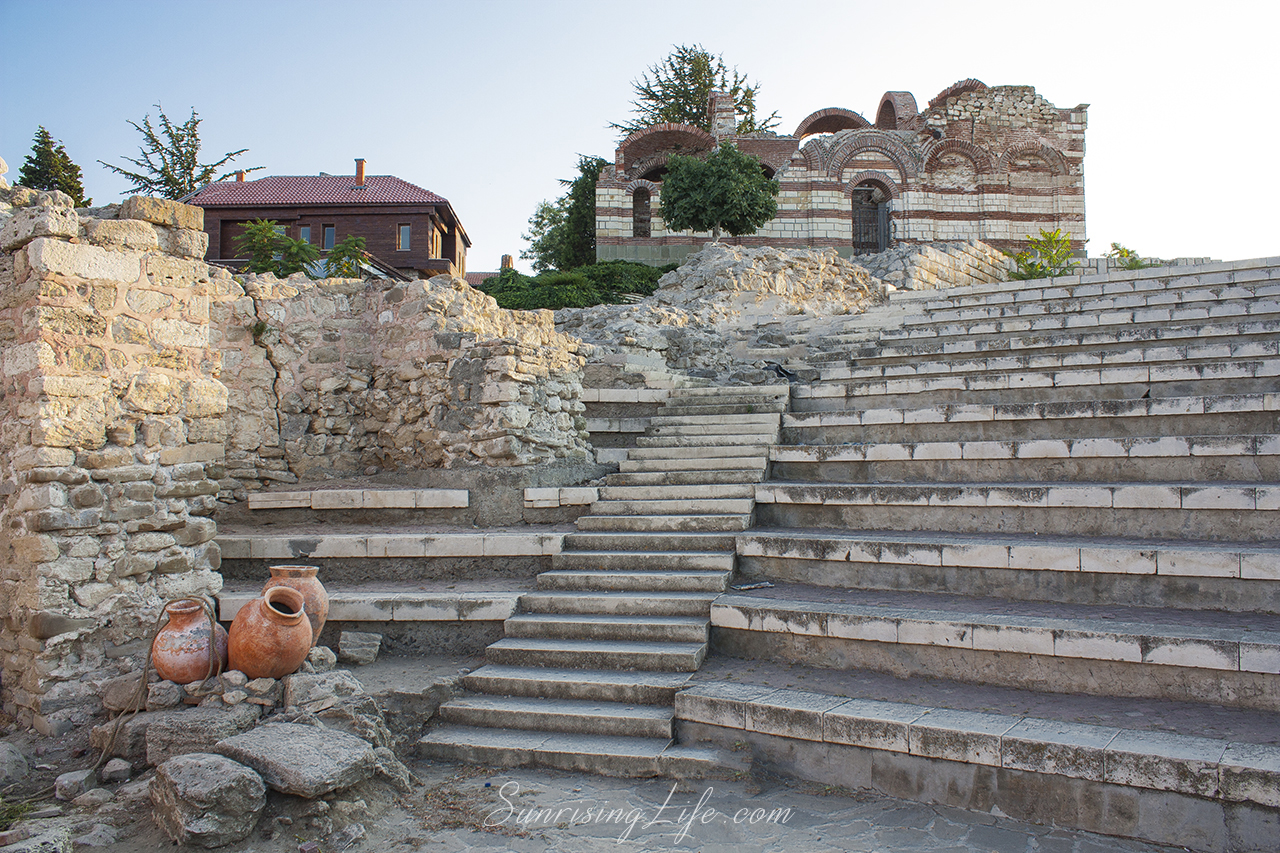 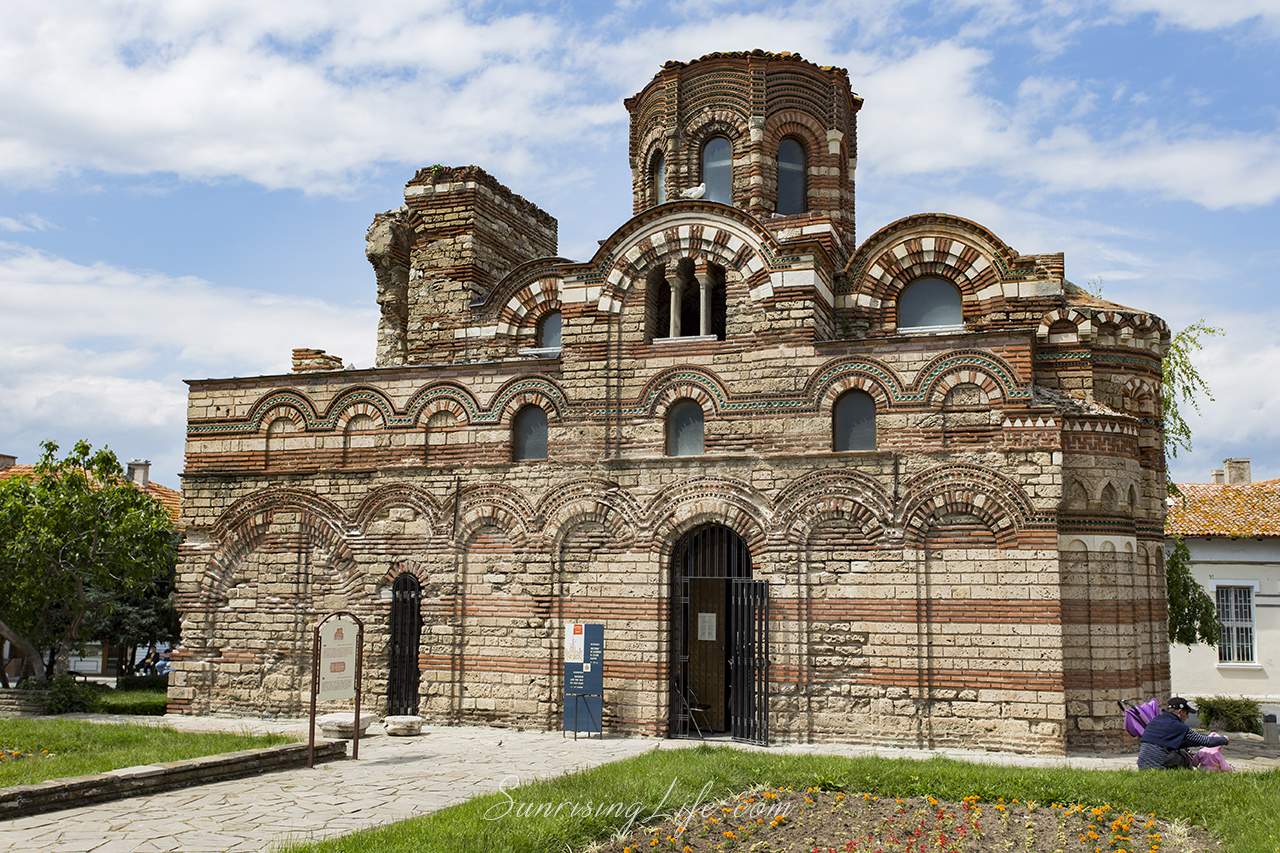 A cruciform dome church with three altar niches, a narthex and a bell tower above the narthex. Common length 16 m, width – 6.7 m. Four pillars support the dome. Inside the apses are semi-circle and outside five walled. Facades are segmented by richly decorated blind niches. Built in the first half of 14th century.

A cruciform dome church with three altar niches. The common length is 12 m and the width – 10 m. The con­struction of the church consists of two cylindrical vault arches, which intersect in the center of the composition. Built of crushed stone and pebbles and the facades were probably smoothly plastered. Dated back 10th century. 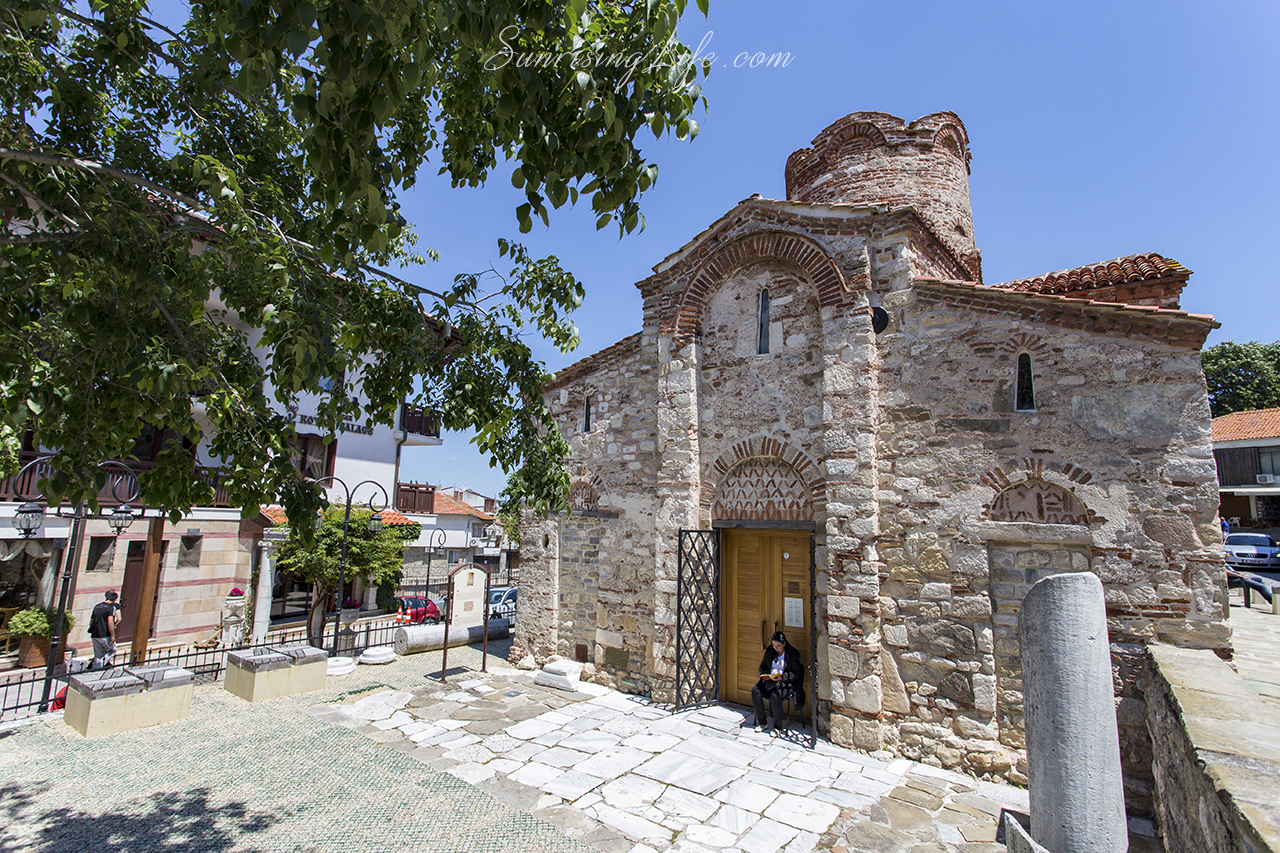 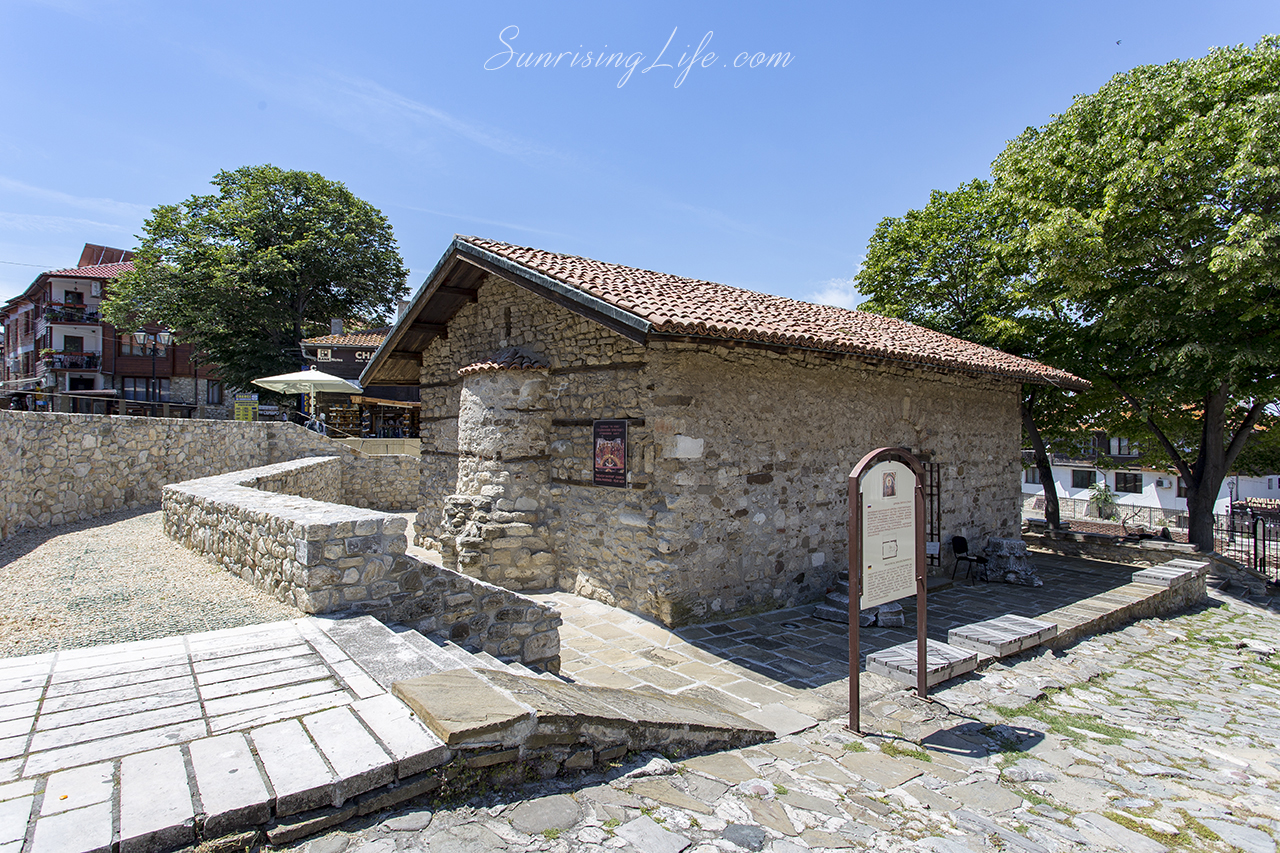 One nave and one apse church with a two-sloped roof built and decorated in 1609. The eastern facade is dug in the ground. The church is dedicated of the ascension of Jesus Christ. The preserved wall paintings are very precious, representing, scenes from Jesus and holly mother’s life. The gravestone of byzantine princess Matthaisa Cantacuzena Palaiologina was preserved in the floor of the church long ages.

They were built in VI century during the ruler of Byzantine emperor Justine I the Great (527-565).
About 2/3 of their area is studied – five warm premises, two of them with semi-circled pools, central hall, and a corridor. The other part of the building is now under the streets and houses nearby.
The walls of the terms are built in “opus mixtum” (in alternation-stone and brick lines) with and riveted with marble. Their height is up to 3 m somewhere. The warm premises have pending floor and hypocaust. The most imposing are the central hall, where four massive marble columns with Corinthian capitals supported the cruciform dome. The floor was covered by marble pavement. 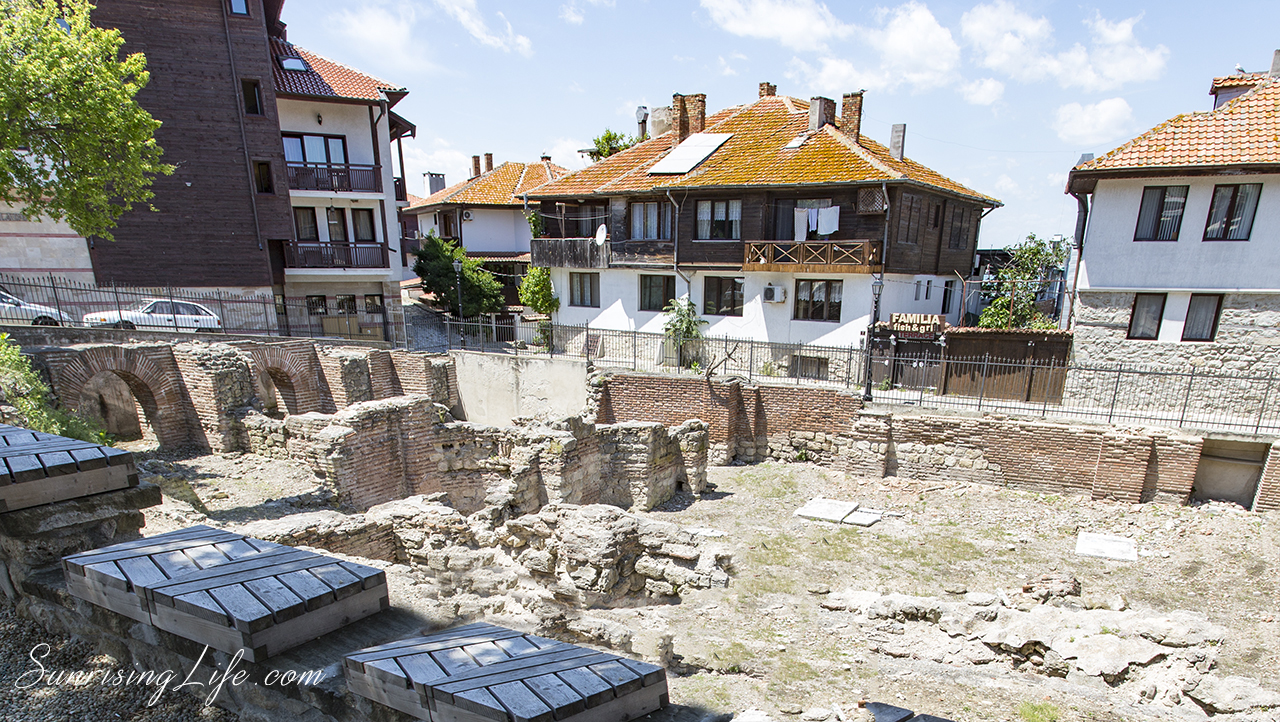 Terms were water supplied by special water-conduit, entering from the western side of the building.
In the period V-VI century, a water supplying system was built for the entire town.
Terms had functioned until the end of VIII century. Construction works were made this period – a brick wall was built in the corridor to narrow it. In the beginning of IX century, terms were reconstructed for housing and agricultural needs. Limekilns were built in the central hall.
Byzantine chronics Theophan and patriarch Nikiphorus marked that here in 680 Byzantine Emperor Constantine IV Pogo Nat cured his legs.
The terms were discovered during the excavations in 1973-1975 and 1998-2001.
The building is partly restored and conserved. 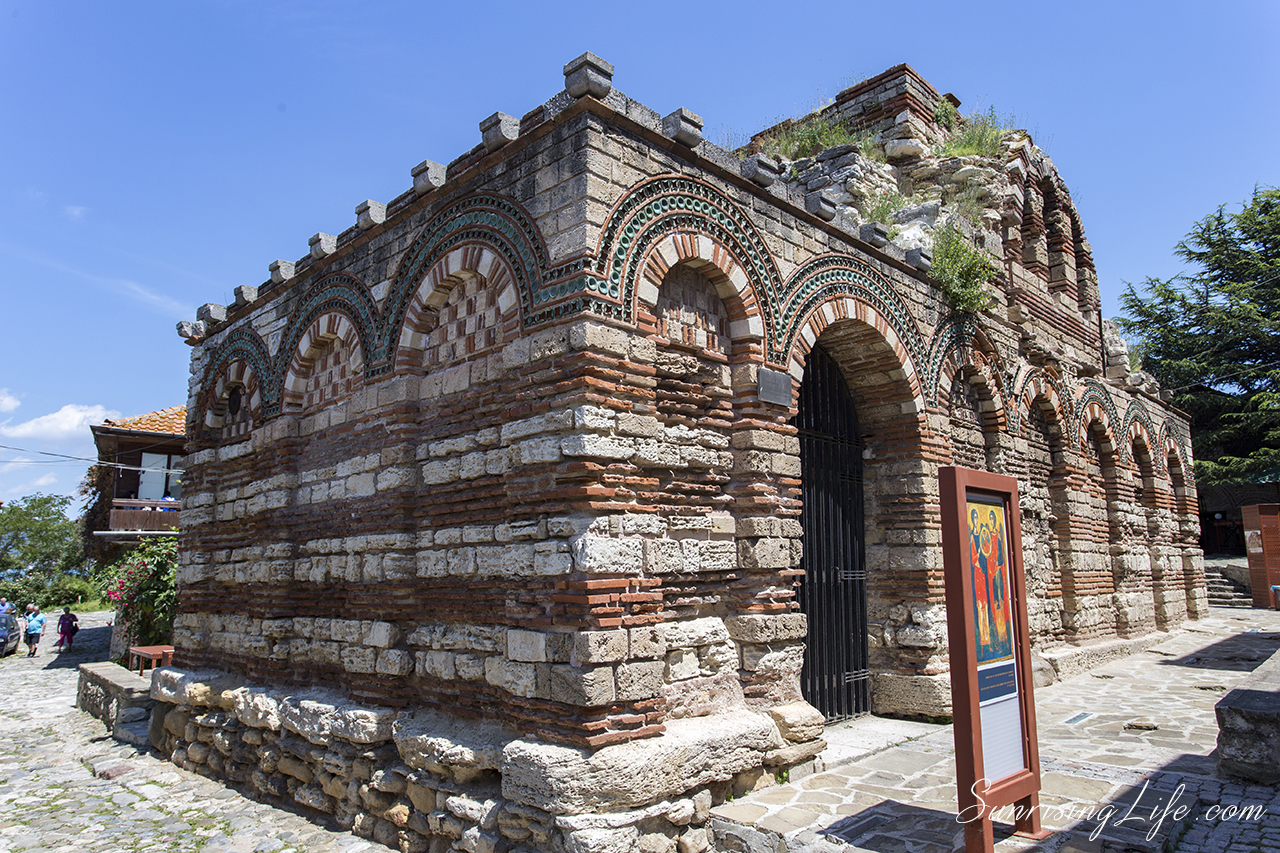 One-nave church with a narthex, tree parted altar area, a dome and a bell tower. Common length 14m and width 5.2m. The narthex has two entrances – northern and southern. The facades are segmented with vaulted niches of stone and brick. Build in the 13™ century.
One-nave church with a characteristic narthex, one apse, and two altar niches. The original roof construction is not preserved nowadays but we can suppose there was a dome church, supported by a tambour. Today two-sloped roof is considerably late. A bell-tower rose above the narthex primary. The church is built alternately of stone blocks and brick ranges. The facade decoration is accomplished in ceramic-plastic style. The church was constructed in the 13th century and was used until 19th century. 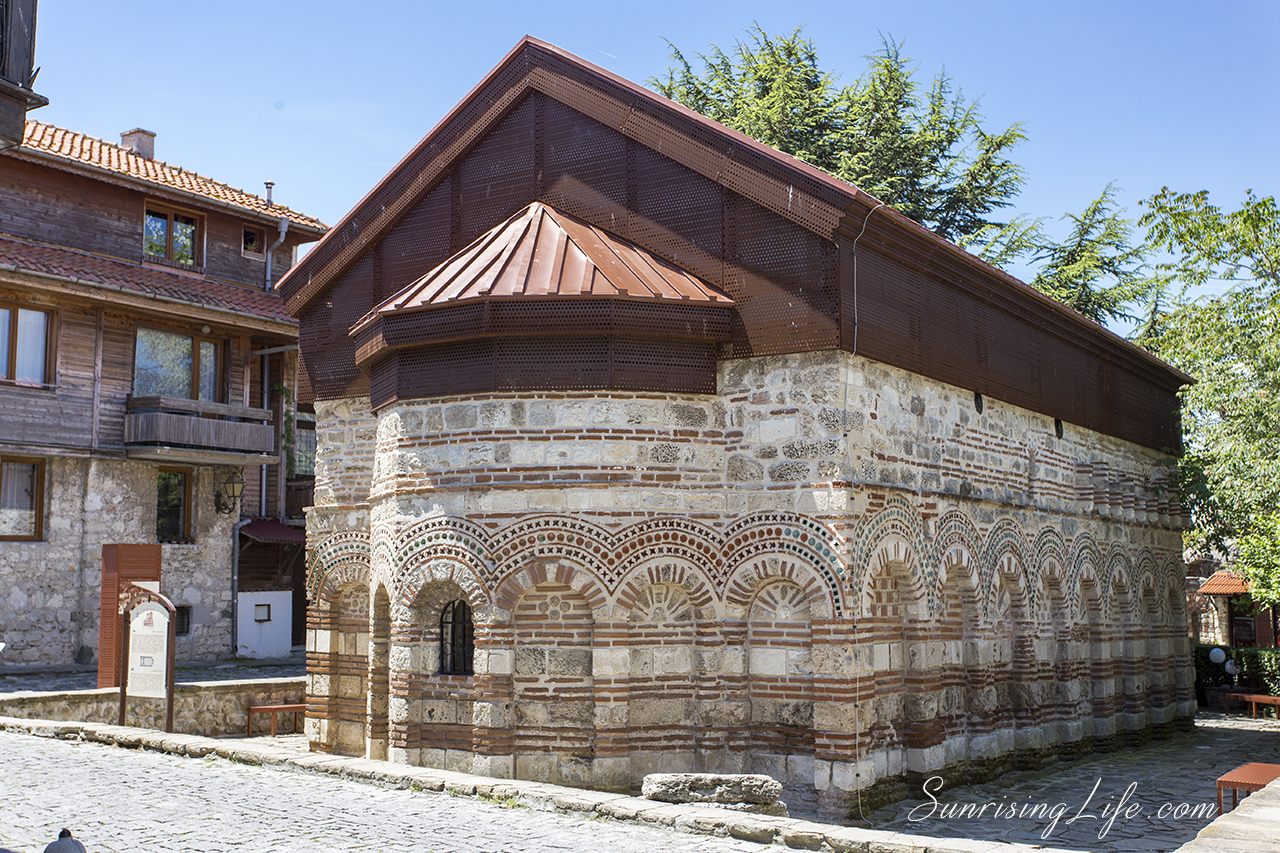 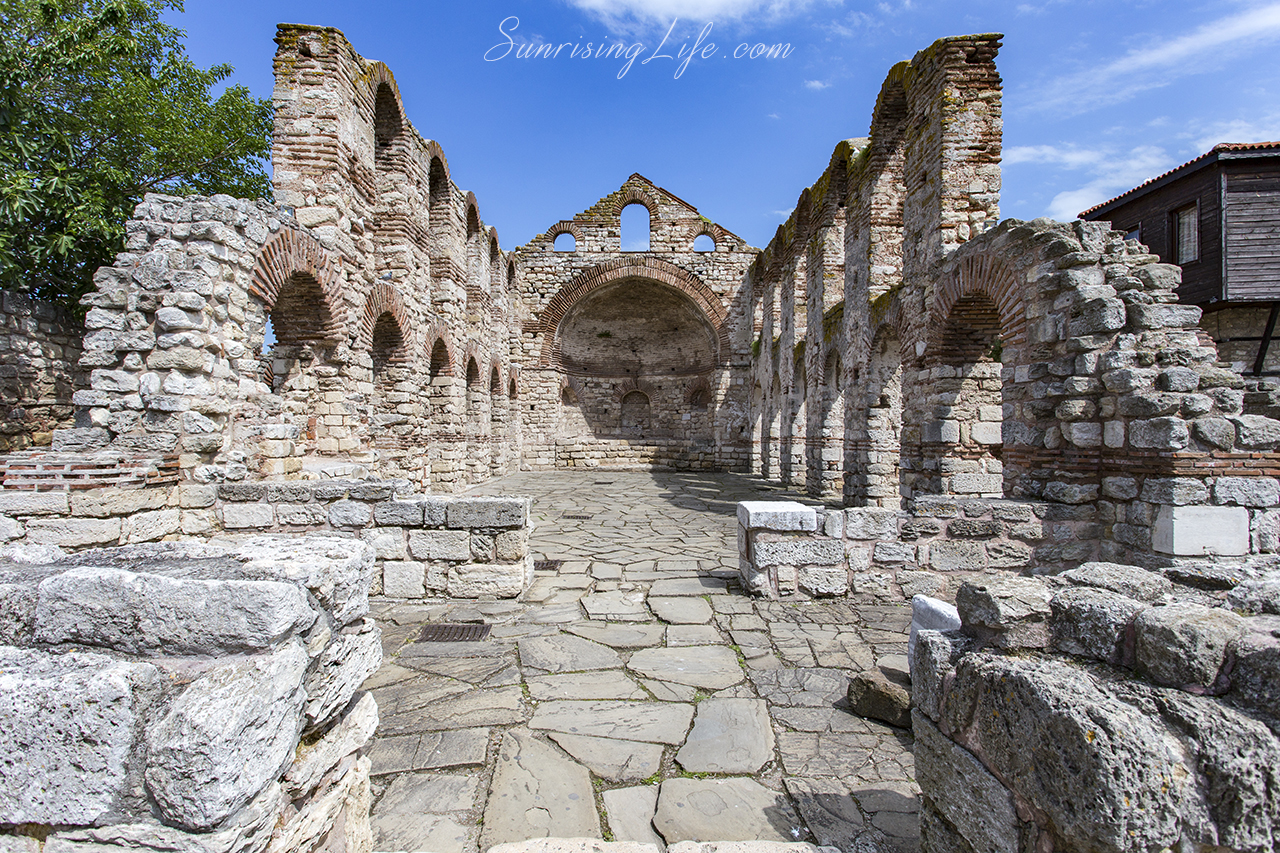 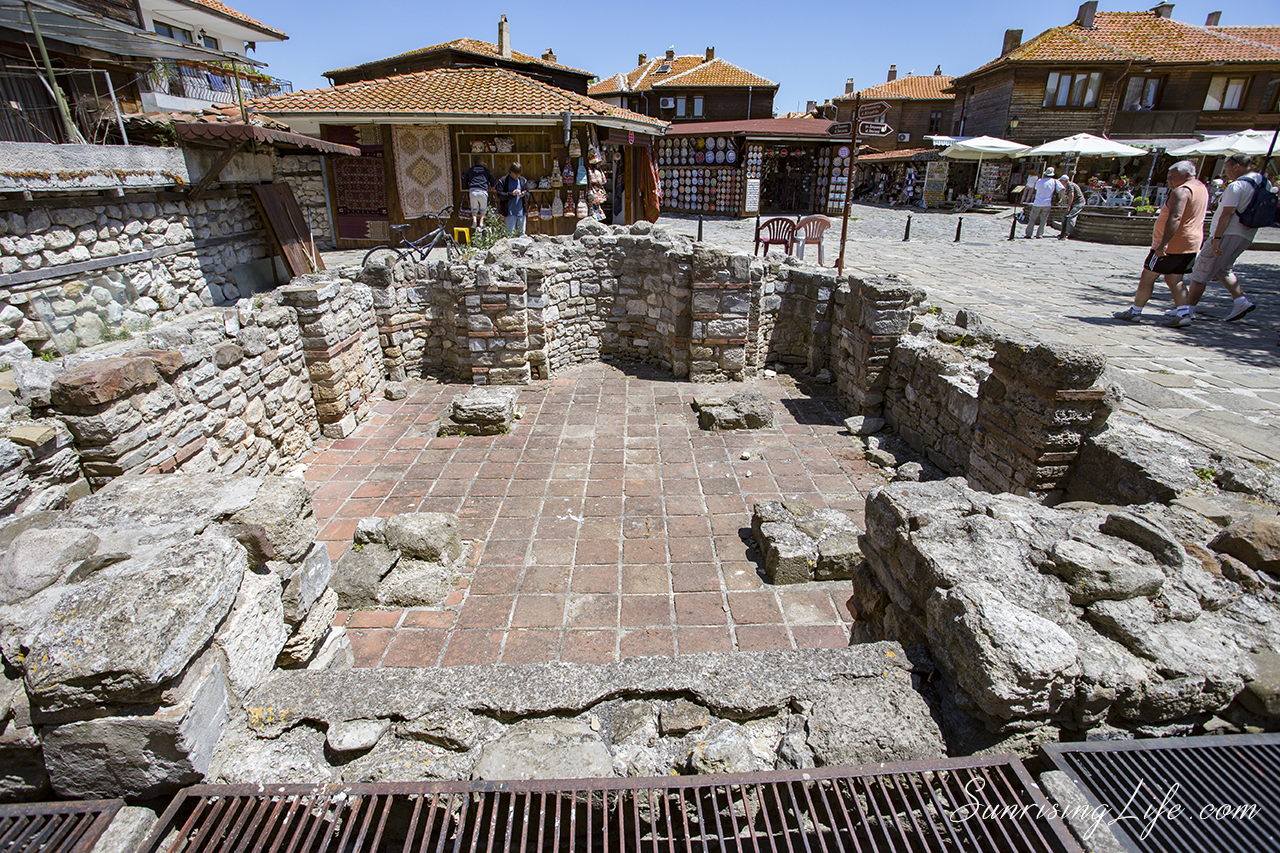 A three-nave basilica with a common length 19 m and width 13 m. Two ranges of five pillars segment the internal area of three naves. The central nave (wide 9.30 m) ends with a big apse, round inside and three walled outside the church is built at the end of 5th, beginning of 6th century and has two constructional periods. The present appearance of the church is from the beginning of 9th century. The church is a part of a residential complex of nessebar’s bishop. 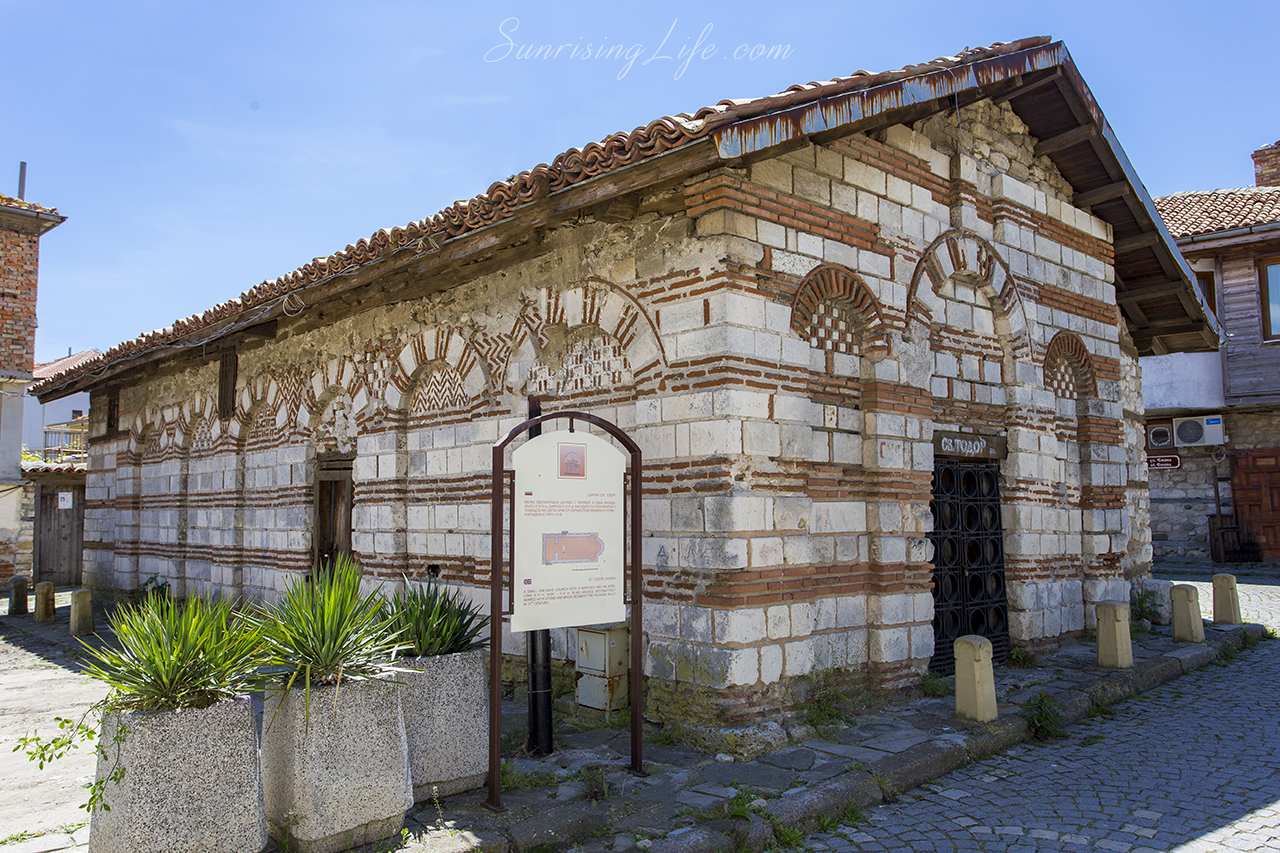 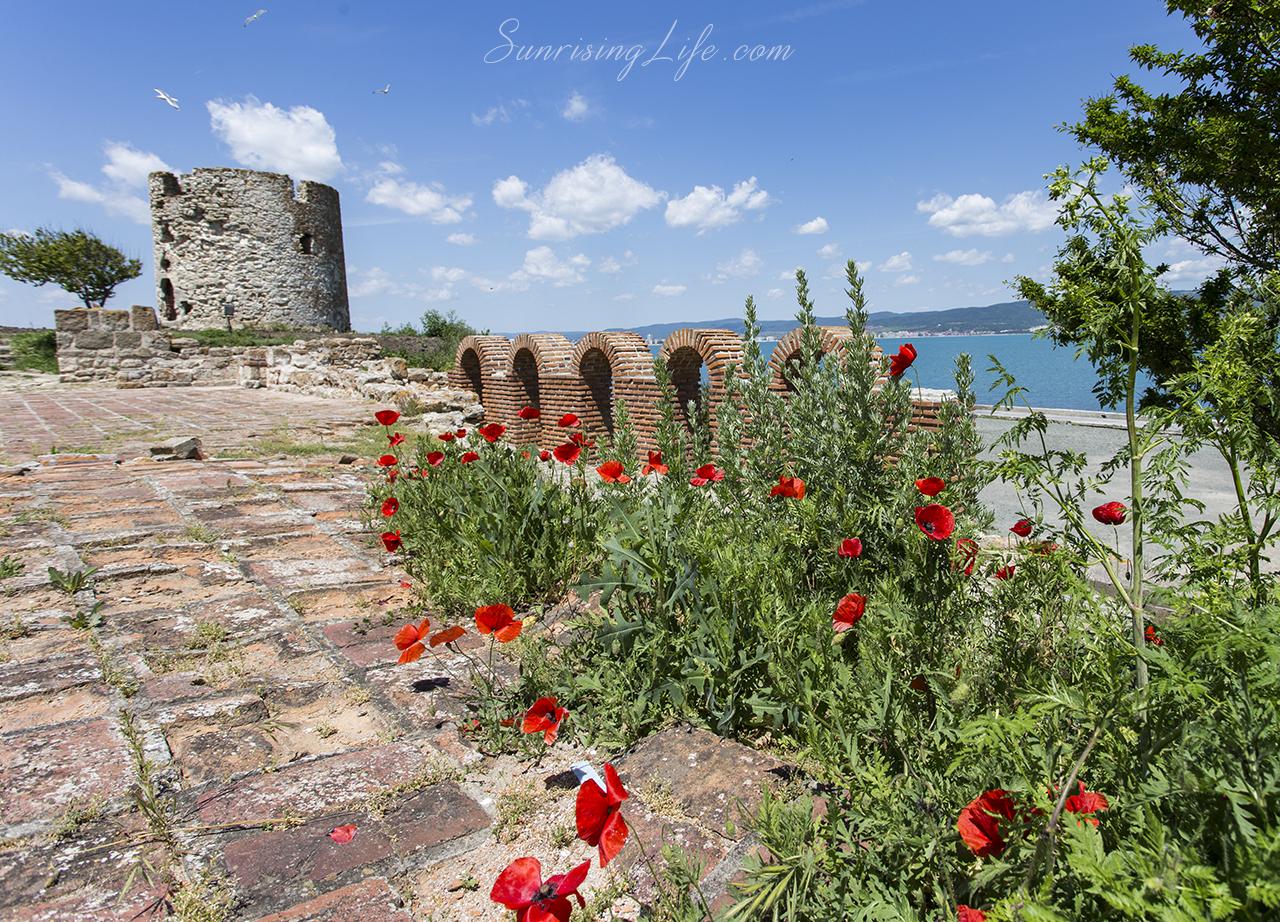 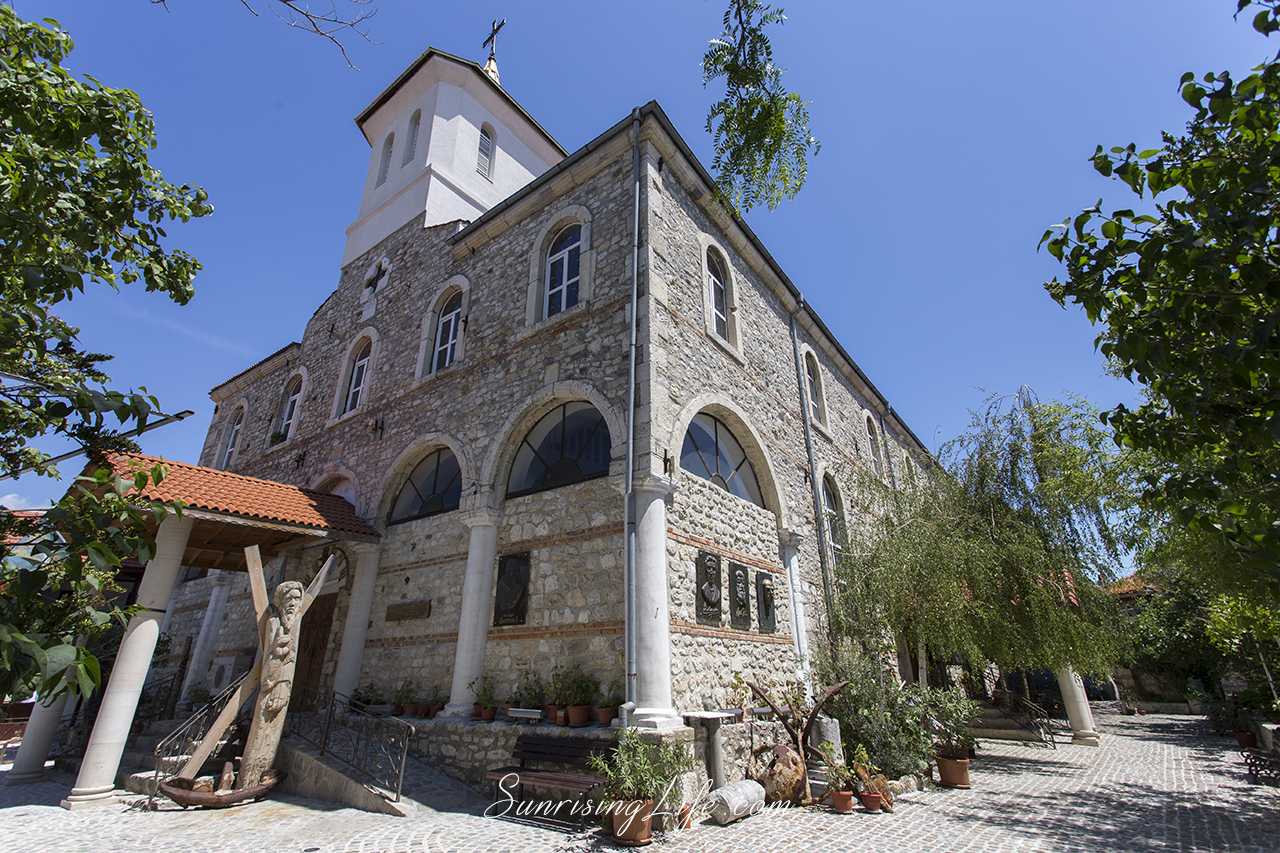 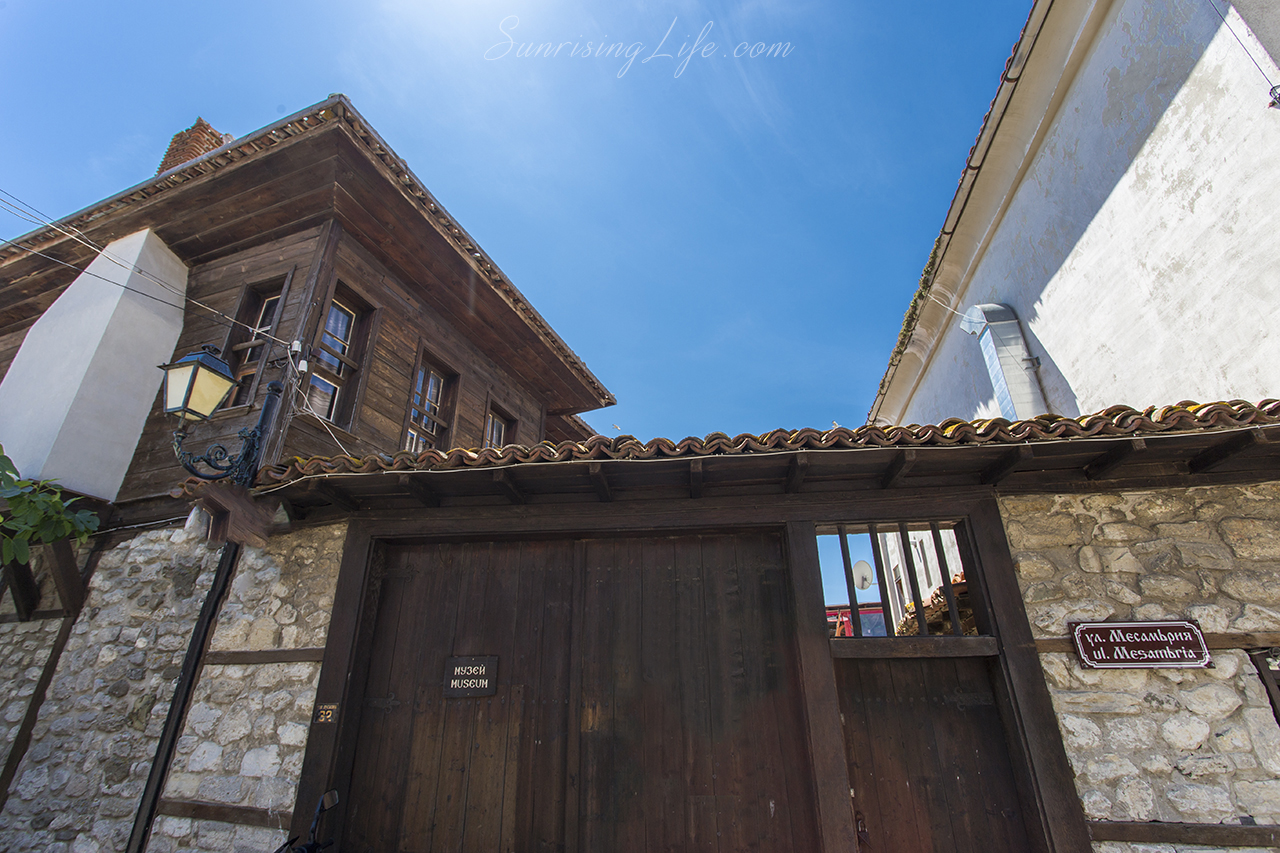 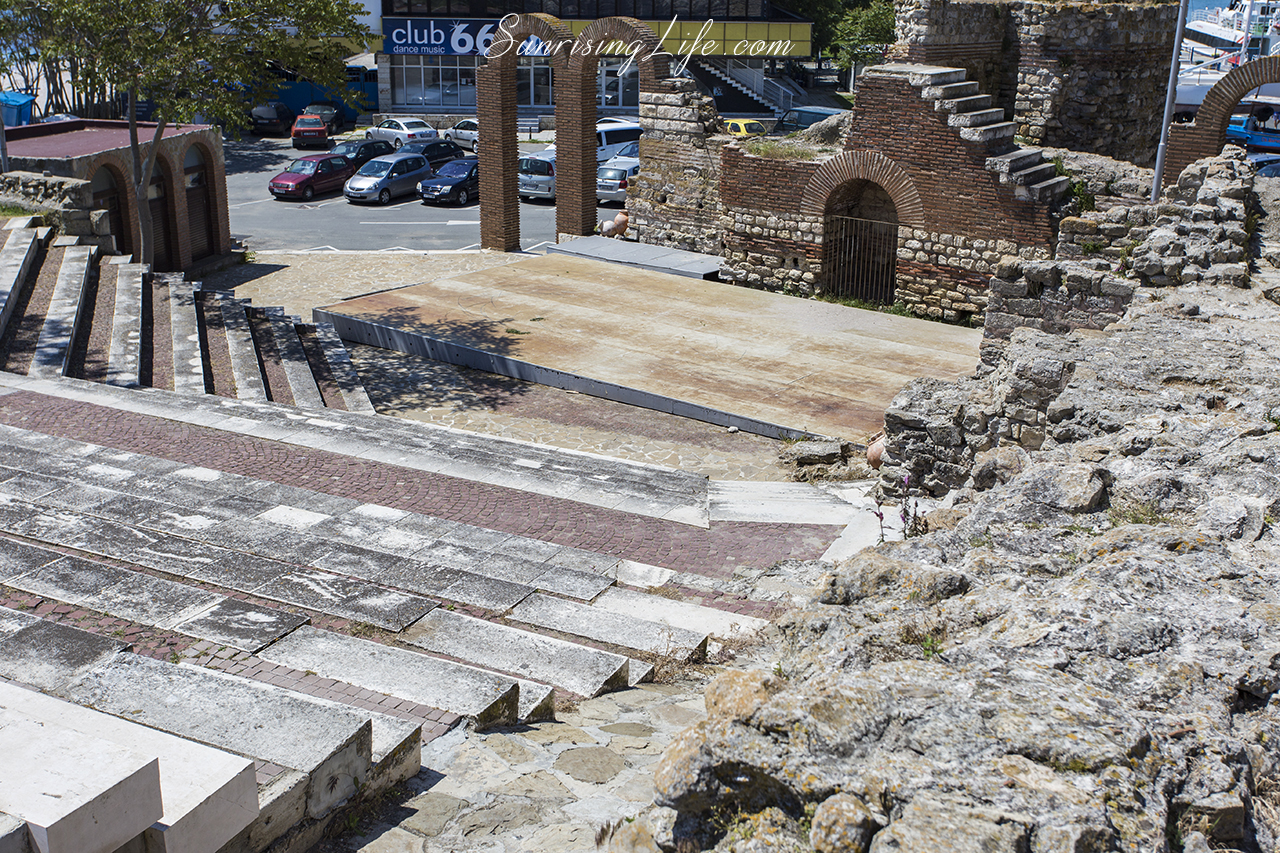 It was a big surprise for me when I found a map with all tourist places on the peninsula and more than a half of them I had never seen. Maybe this was normal because until now I always walked only commercial part of the city. May is definitely one of the best time to visit the city. The shops are closed yet. There are no crowds on the streets. Weather is not super hot.

Inspired by the new tourist places that I saw I decided to share this treasure with you. So I create a map with all tourist places. The picture below is exactly A4 and can be printed. So wish you nice exploring 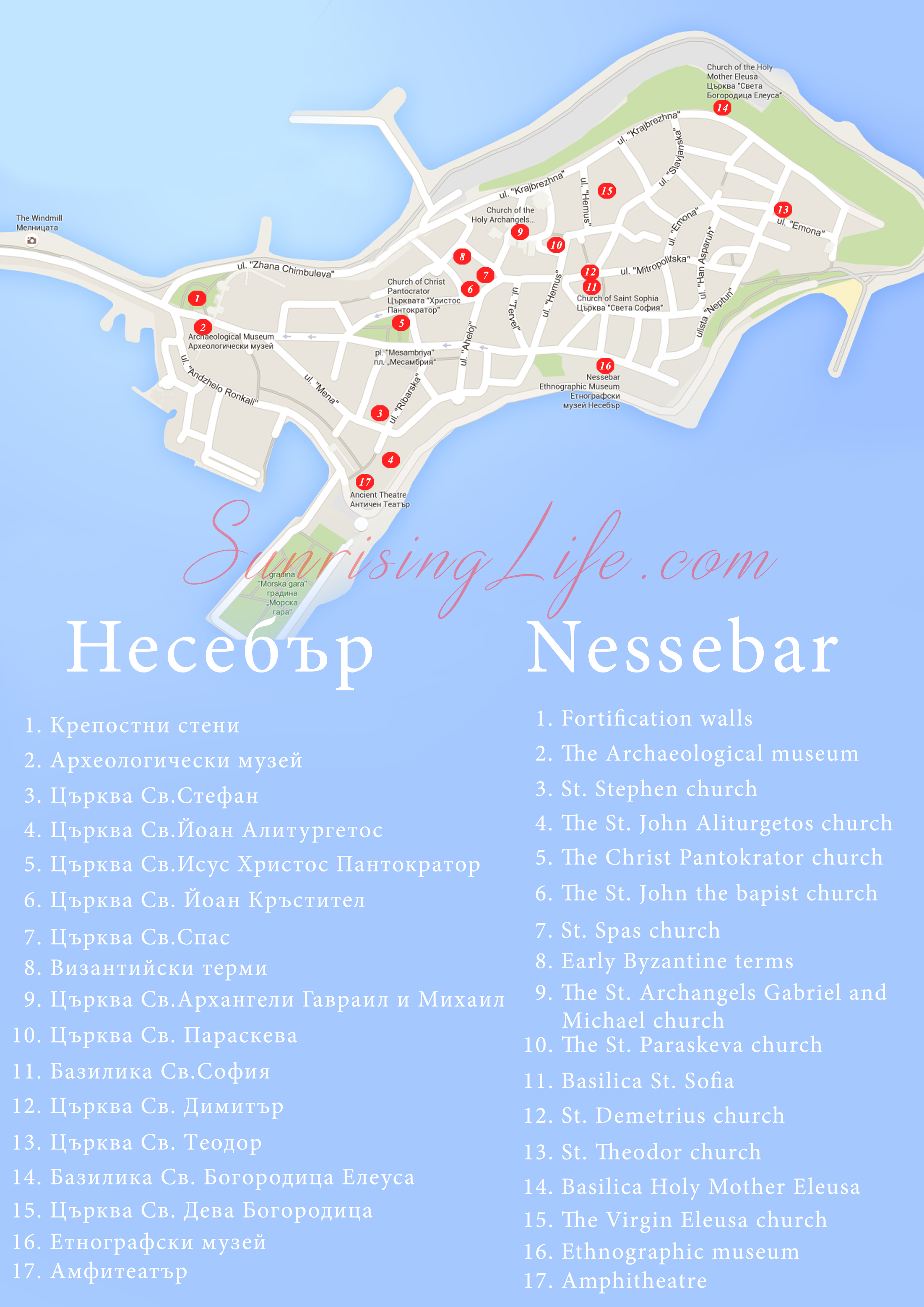 How I started running?

Тo the highest station in the Balkans and...

“Living water” – the miracle of Bosnek

How I started running?

6 places on the northern coast of Bulgarian...