7700709That is the second waterfall from „Project Waterfalls in Bulgaria“.  We decided to visit it when we were sure that it will be frozen. We hoped to see huge icicles. The road was with ice too but we got to the monastery where is the waterfall. It would be good if you have good winter tires because you’ll need it.

Some information about the waterfall

Waterfall „Varovitets“ is located in Etropole, which falls on the Central Balkan Mountains near the town of Etropole. The waterfall can be reached by a walk through Etropole village. At the main street, you will see a plate turned out the way to the monastery „Holy Trinity“ also known as Etropole Monastery. The distance to the monastery is 4 km. In snowy conditions takes about 15-20 minutes. There are signs all the way and waterfall falls just behind the monastery.

The best time for photos depends on your desire. If you want to see the falls abounding in the water you should visit it after heavy rains in April, May, June and July. The waterfall is formed by a creek named „Monasterski Dol“. Its waterfall is around 12 meters. It is not very high, but in contrast, is wide and limestone formations make the water run at different levels and jets. The monastery and waterfall are included in the 100 National Tourist Sites of Bulgaria. 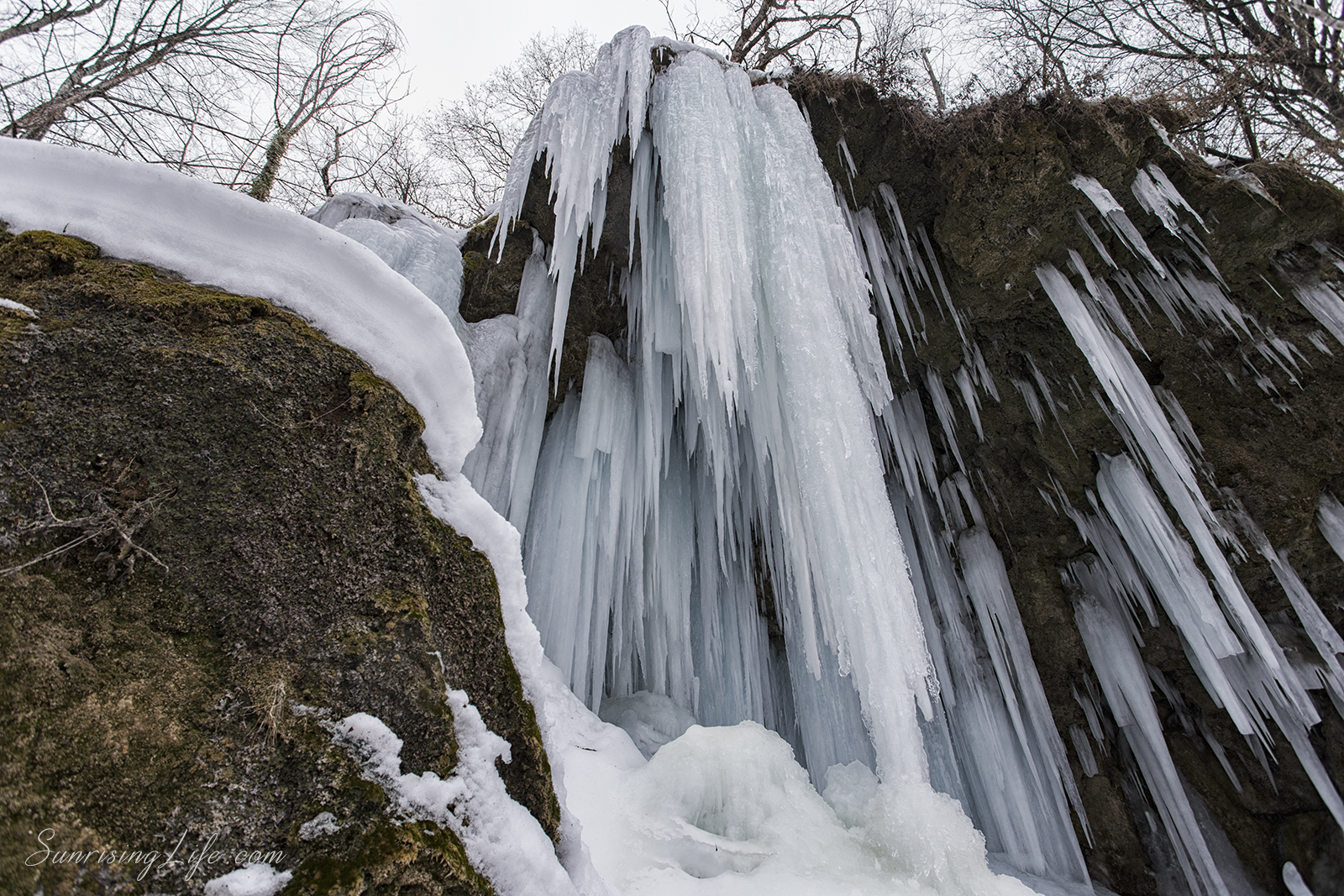 We decided that we want to see the waterfall majestic frozen. Therefore we had to wait a long cold snap. In the last day of freezing temperatures before warming, we decided to visit Varovitets waterfall. I guess it was a mistake, because at about 0 degrees overhanging the ice was already melted and fell. Unfortunately, this created a serious danger and did not dare to go inside under the big pendants. Another thing we didn’t consider was to take special shoes for ice. More than 30-something minutes plus photos we have nothing to do so considering that everything was piled with snow and could not descend down from the waterfall. For this reason we decided that we may visit this place again very soon.

Near the  Varovitets waterfall, there is another interesting waterfall – „Vrania voda“. The waterfall is located near Yamna village, which is 14km from the monastery. Unfortunately, after we got to the beginning of the trail to the waterfall it became clear that the 50 cm of snow without snowshoes won’t be able to continue. That was the end of today’s adventure. We will visit them both again very soon.

Most important things you need to know when visiting Sofia