This year we went to Italy for a few days, in which we found some extraordinarily beautiful new places. We also once again enjoyed some already familiar ones. Touring Italy is always a delightful activity – gorgeous places, remarkable architecture, lots of history and art, exquisite Italian food and desserts. Many say that one can feel the beauty of life in Italy. We discussed it recently, and perhaps it’s somewhat true, especially if you’re a foreigner who went to live there. In most cases, this isn’t exactly true for the locals. Come to think of it, we could say the same for our country.

It seems as though one ignores the beauty around and is consumed by their everyday life. With each passing day, they see less and less of the beautiful things in life. Most of the times, however, it is the little things that make life colorful and marvelous. All we need to do is to want to see the beauty.

The administrative division in Italy has three levels – regions, provinces, and communes. The country is divided into 20 regions in which there are 110 provinces. Umbria is the 16th largest and 17th most populated region. Perugia is the regional capital and center of the province of the same name. Apart from the Province of Perugia, there is only one other province in the region – Terni (where the impressive Marmore Waterfall we recently wrote about is). Umbria is also dubbed “Tuscany’s little sister” or even “the green heart of Italy” due to being rich in greenery year-round. It borders Marche to the east and southeast, Lazio to the south and southwest and Tuscany to the west and northwest. Umbria is one of the five Italian regions without a border to the sea.

I’ve been putting off this article for a long while now. Even though I’ve been there dozens of times, I don’t know why the time was never right for me to tell you about this place. During our visit to Italy at the end of May, we went to the picturesque city of Perugia once again.

A Little More About Perugia

The city is located in Central Italy, about 190 kilometers (118 miles) north of Rome, near the Tiber River. It is situated on a hill and is probably one of the most charming hill towns. It was founded in the distant 1270 and its beauty is often compared to that of the typical Tuscan Renaissance cities. The symbol of Perugia, which you can see all around the city, is the griffin. 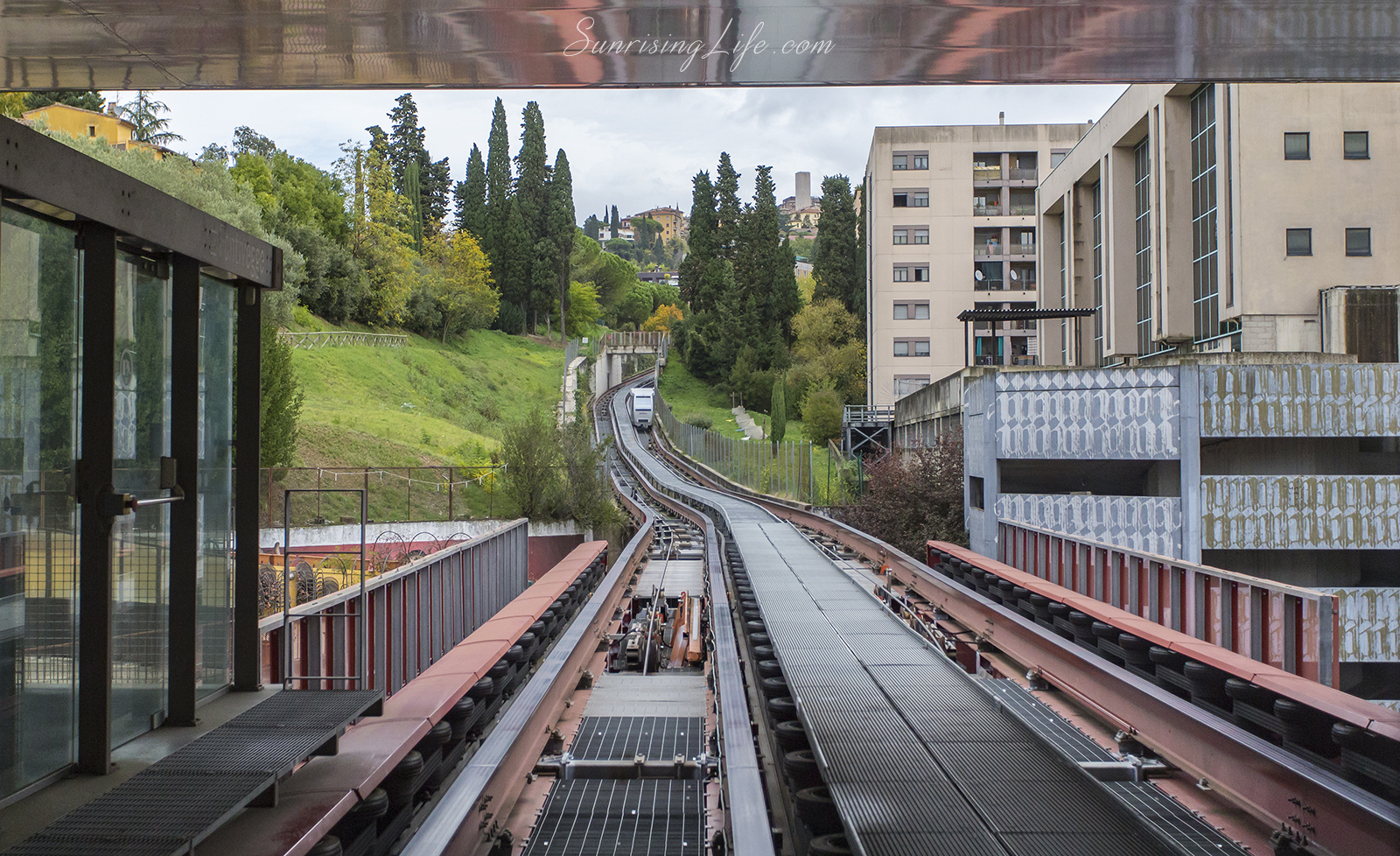 Another thing that I personally was really impressed by was the MiniMetro. It connects the two ends of the city, and it is powered entirely by electricity. The metro cars are small, and trains run every couple of minutes. Thanks to it, you can reach the center of Perugia quickly and easily without having to drive or ride a bus. You can leave your car in the large parking lot at the first metro stop (which is slightly outside of the city) and then get to the city itself via the Mini Metro. The ticket costs €1.5 and is valid for an hour and a half. That is, if you have to do something quick that fits in this time window, you don’t need to buy a second ticket.

In Perugia, there is also the University for Foreigners of Perugia with students from all over the world.

A Walk through Perugia

When I first walked through the old town, I was impressed by the large, tall buildings and the narrow, steep streets. The old part of Perugia can definitely be surprising given its well-preserved architectural masterpieces. One would need to overcome the significant denivelation to get to the old part of the city. Local authorities have thought about it, and there is a system of escalators and elevators that help people move quickly from the lowest parts of the city to the highest. In order to reach the escalators, you would have to go through archaeological site displays below the city – the ancient part. There are also stairs everywhere for those who like being active. 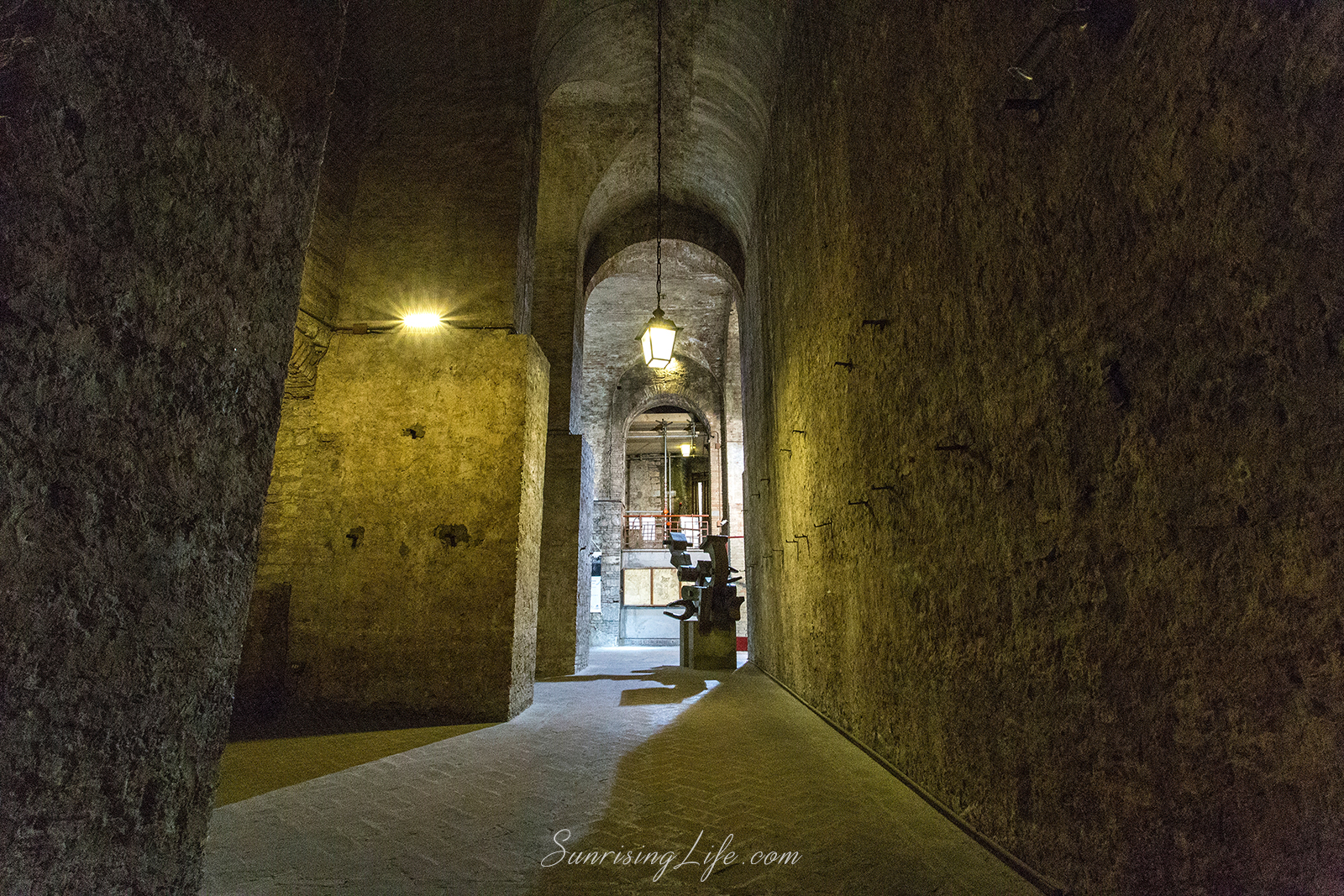 The higher part of Perugia offers a beautiful view of the lower parts of the city and the vast greenery beyond. You will be impressed by the old town considering the massive buildings in the center and on the main pedestrian street, but that’s not all.

The entire place is like a postcard. Some of the sights you can see in the city are the Cathedral of San Lorenzo, the National Gallery of Umbria, the Botanical garden at the University of Perugia, the Palazzo dei Priori and many others. But even just a stroll around the city streets would be more than impressive. There are a number of shops, small cafes and pastry shops on the main street. I personally have a favorite pastry shop there, which is perhaps the oldest one in the city and is right on the main street. I can never resist the sweet temptations when I’m there.

One of the most notable events held in Perugia is the Umbria Jazz Festival, which gathers hundreds of thousands of people. It is held in July every year and is one of the most significant events in Europe. The city is crowded with people, and the sound of art flows from every corner. And in April, the International Journalism Festival is held there as well.

Another festival, held in October, is the Eurochocolate Festival, which I will surely attend one day and enjoy the various chocolates displayed all over the central part of Perugia.

Italy celebrates all year round. Whenever I’ve gone to Central Italy, Umbria, there has always been a festival, a fair, a historical reenactment or something else held in the vicinity of Perugia. Italians cherish their traditions and have really lavish celebrations. This year, for example, we came across a three-day festival of organic production and wine on Lake Trasimeno (I will tell you about the lake in another article). Basically, if you have a car, you will find a little town or village celebrating something wherever you go. Their celebrations are memorable for their character and joyous people.

What Else to See Around

There are many gorgeous places, you just need some free time, and a car to get around. You won’t regret stopping by any of the small villages. The remarkable architecture and art, as well as the spirit of Italy, are preserved everywhere. You could visit the small town of Corchiano or go to Deruta where you can see handmade ceramics.

Take a stroll through the streets, admiring the art. You’ll be delighted to learn more about the only artist in the world who makes ceramic guitars – Giovanni Andreani. Don’t miss the religious town of Assisi; on your way there you could make a stop in the Santa Maria degli Angeli village and explore the cathedral of the same name. Lake Trasimeno is also a beautiful destination we recommend – that is where I tried one of the most delicious desserts I’ve ever eaten – pannacotta. If you have extra time, you could also visit the magnificent Marmore Waterfall, located about 90 kilometers (56 miles) from Perugia.