Malta is an extremely small in size island country. As someone who jogs 10 kilometers (6.2 miles) every morning, running the length of the entire country is not a problem, after all, it’s not even 30 kilometers (18.6 miles) long.

Due to its interesting location – south of Italy, north of Libya, situated in the middle of the Mediterranean Sea, Malta has been conquered by various nations of different cultures. This is why the Maltese language is quite odd, being a mixture of English, Italian and Arabic. You could listen to it for 15 minutes before you even realize that you have understood no more than a couple of words. This, however, shouldn’t bother you, since everyone speaks English perfectly well. After all, Malta was still a British colony by the middle of the last century.

The island is mostly rocky and in case you expect spectacular nature and an oasis in the desert – forget it. You will not see this in Malta. The state is mostly rocks, sand, and dust. All of this, however, will not ruin your tour, because this 30-kilometer island country has such a rich history that 4-5 days would probably not be enough for you to explore it. There is no shortage of sights. I thought a lot about what exactly to show you before writing this article. In the end, I chose 5 out of the many significant sights, which are extremely interesting.

Mdina was once the old capital of Malta. It is a medieval fortified city built on a hill. The locals call it “The Silent City”. Less than 300 permanent residents live in it. You can see an exceptionally diverse architecture. Four different architectural styles can be found on the square shown in the photo. Here in the picture, you can see Arabic, Baroque, Venetian and the fourth style is unfortunately hidden behind my back.

Gozo is a rather small island in the middle of the Mediterranean Sea – the second largest in Malta. It is part of the Maltese archipelago and offers many sights. Its capital, Victoria, is a fortified citadel lying at the top of a 150-meter-high cliff. The nature of the island is rather wild and also very picturesque. The Azure Window arch, which was one of the biggest tourist attractions just a year ago, has unfortunately collapsed. 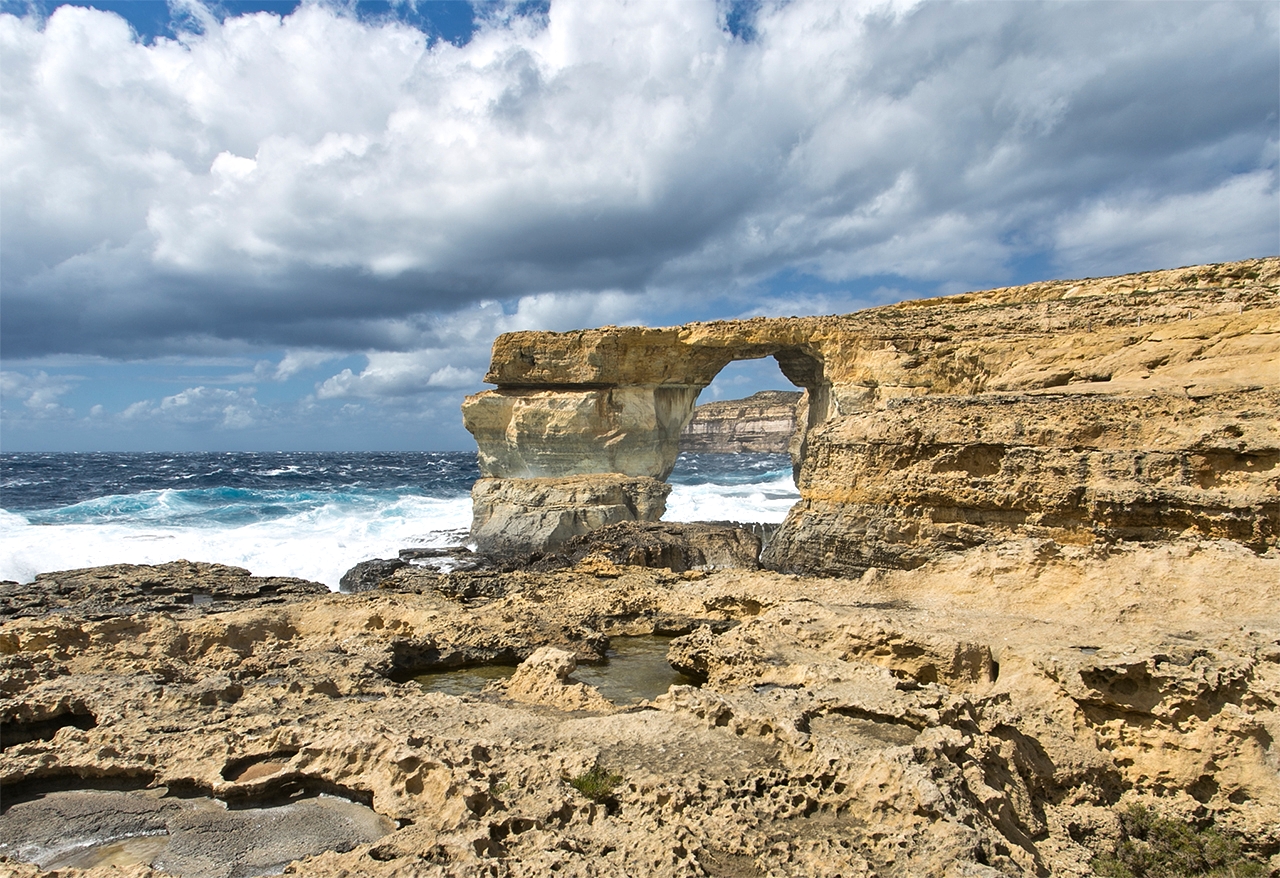 3.The Rotunda of Mosta – The Basilica of the Assumption of Our Lady

There are hundreds of churches in Malta, and besides those in Valletta, Mdina, and Victoria, it is also worth visiting the one in the city of Mosta, also known as the Rotunda of Mosta. It is believed to be the church with the largest unsupported church dome in all of Europe.

Another interesting fact is that during World War II, a bomb fell, piercing the dome without exploding. The bomb is now displayed in front of the church.

Valletta is the capital of Malta and is located on the largest island. The city dates back to the year 1566 when the Knights of the Order of Saint John took a loan from the Pope and the Spanish King and founded it. It has an area of about 50 hectares and more than 300 architectural monuments. In 1980, Valletta was included in the UNESCO World Heritage list. 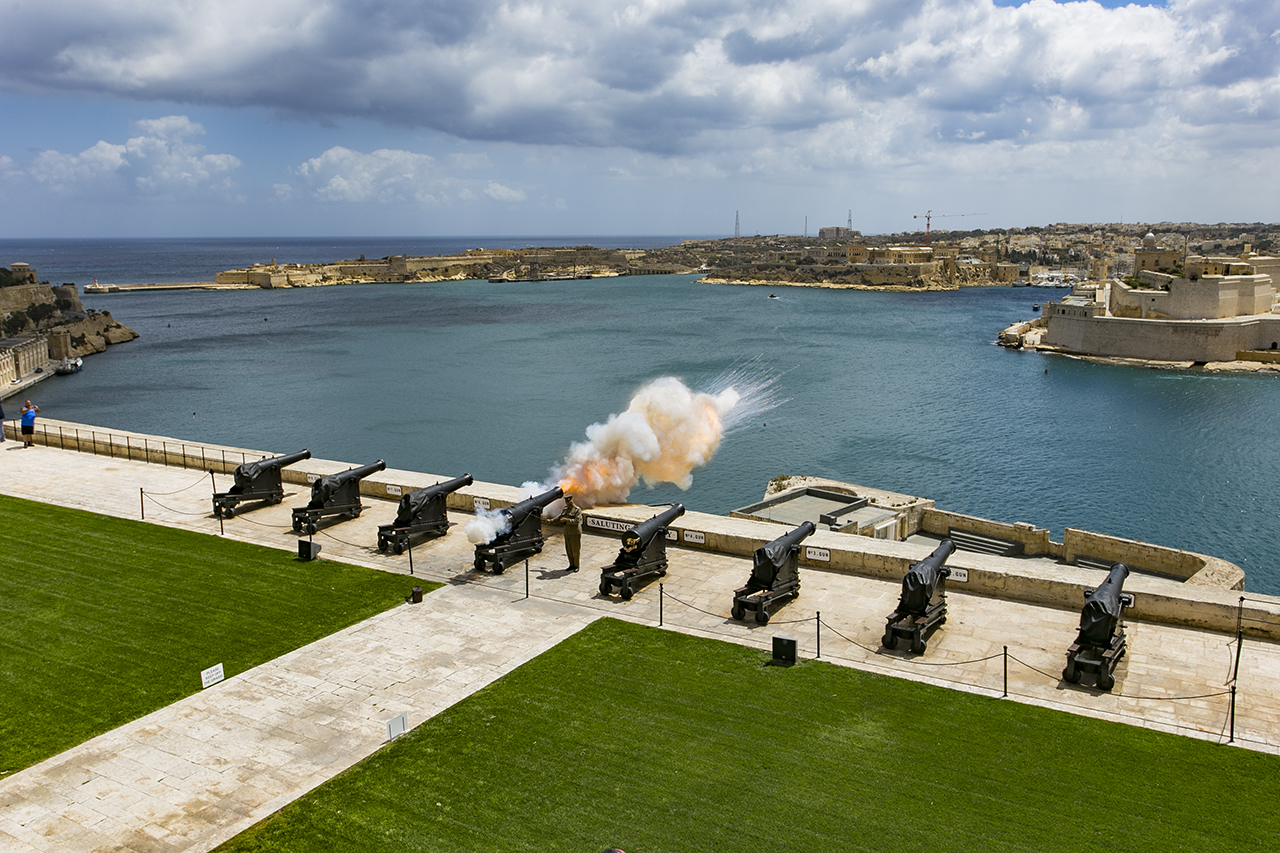 St. Paul’s Cathedral is a Roman Catholic cathedral in Mdina (the old capital of Malta). St. Paul is perhaps the most celebrated saint on the island. St. Paul’s Day is celebrated every year on February 10.

According to the legend, in 56, the saint went on an apostolic journey. After numerous vicissitudes, he was imprisoned in Jerusalem, where he spent a long time. He was allowed to return to Rome to be tried by the Caesar. He was put on a ship from Jerusalem, but he was shipwrecked on Malta. It is believed that the Apostle spent three months there and preached Christianity to the locals. The legend says that St. Paul was able to cure Publius’ father. Publius, the then Roman Governor of the island, converted to Christianity and thus became the first Bishop of Malta. Then the cathedral dedicated to St. Paul was built.

These were 5 of the sights in Malta I was highly impressed by. The island abounds with beautiful places worth seeing. Another interesting thing we saw while we were in Malta was one of the largest cruise ships in the world – Queen Elizabeth.

In the end, our excursion to the island country was really enjoyable. We saw many beautiful places and got a taste of the incredibly rich history of Malta. However, if you love green, scenic places, you will likely not love it there, since rocks and sand make up most of it. Still, there is plenty to see and do in Malta.