I had a big dream for years and it was to hike Botev peak. The Bulgarian Balkans are an unknown mountain for me except I’ve been once there. I hadn’t a friend with whom to hike the peak. But there it is, my dream comes true.

The decision to go to Botev peak was unexpected. We woke up early in the morning, took some food – 6 bananas and 200g cashew, jumped into the car and went to Kalofer. We started our hike from Panitsite. Our goal was to hike the peak for a day, which was a hard task.

I’ve heard that Botev peak is one of the hardest peaks in Bulgaria and it’s impossible to hike it for a day. But I wanted to do this so badly and I truly believed that we can do it.

So I’m going to separate the hike to tree parts:

The route to Paradise hut

We left the car at Panitsite and started our journey. Still, I haven’t any idea what’s coming but I knew that it is a lot. I saw the peak but it was so far away that I couldn’t believe we were going there. At the beginning, there is a pretty steep climb, which at a good pace can be overcome for about 10-15 minutes, or about 30 minutes. It can scare you easily, but once you pass it there are a very long stretch whit no displacement.

This part of the hike we come true for minutes. There we a beautiful landscapes – the Balkan with its gorgeousness. There were some benches where you can sit and stare at the beautiful nature.

Then we went down and entered a wooded area where the walk was amazing. The scent of the forest, accompanied by the sound of water raise our mood. At this time there are two water fountains from which you can pour water.

The wood before Rai hut

After a while, we reached the base of the canyon, you will see the benches before the descent in the woods. Passes to the other side of the canyon and follows a forestry climb that lasts about 30-something minutes. The trees are soaring as if heaven and bring a sense of grandeur.

After climbing this slope we find ourselves again in the open and in front of our  Rai hut. It was built over the Djendema gorge and their disposal on the lawn under the Raysko Praskalo waterfall which is 124.5 m in height and is the highest waterfall in Bulgaria. The view of the waterfall remains a paradise. 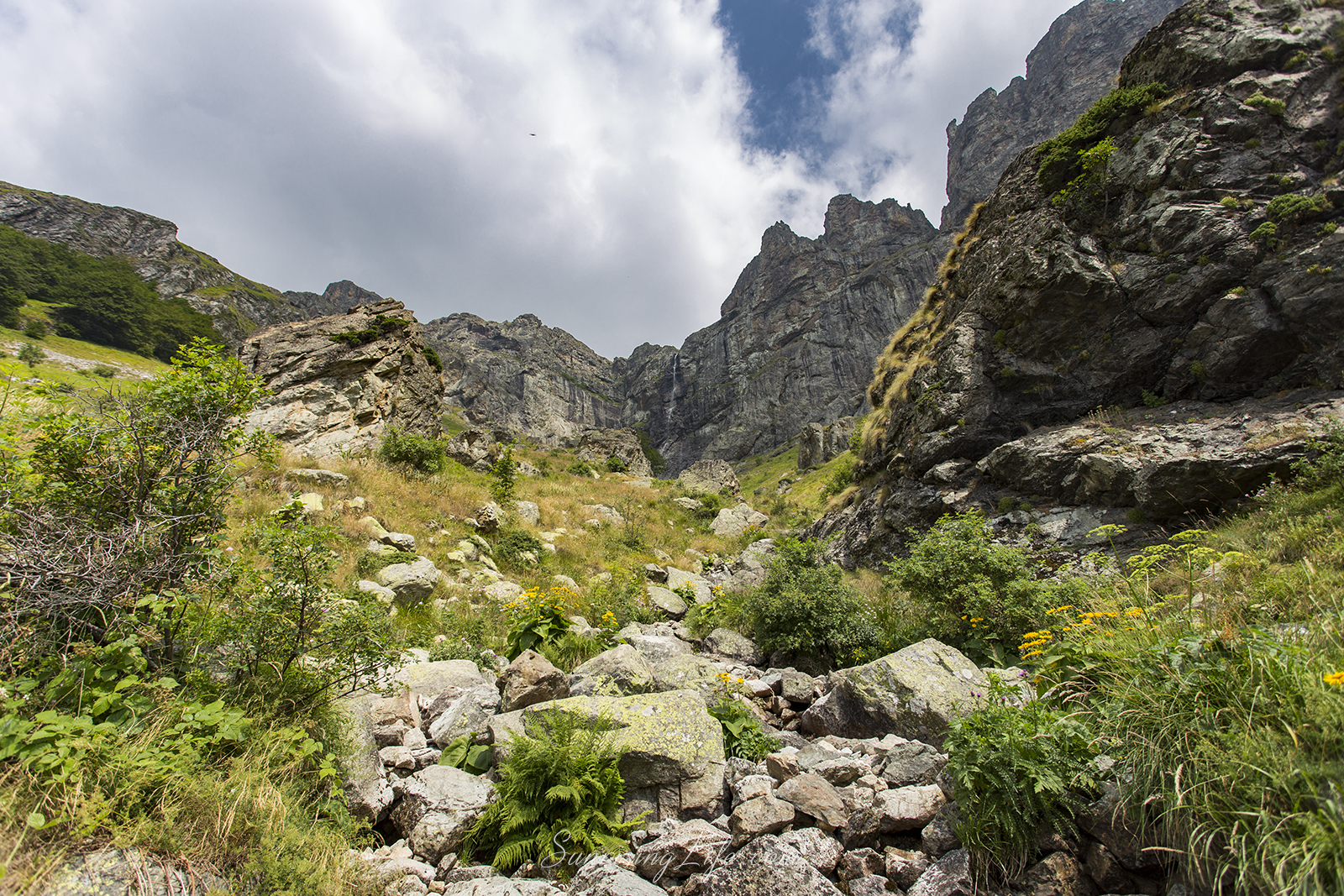 Everywhere reigns a deep peace and quiet. We went to the next challenge – ever onward and upward to the Balkan champion. The road from Panitsite to Rai hut took us about 2 hours and 15 minutes, but relatively brisk walking.

The route by Rai hut to Botev peak

So far so good, we had covered less than half time and kept up.

After half an hour we reached the beginning of the famous Tarzan trail, which I dare say is a big „screwtape“. It is steep narrow, rocky path along which runs more than half an hour. Again, if you’re lucky not to get sun baked it might be a bit easier, but overall it is a heavy stretch. During most of the way along the path, there is a rope, which in this year is exchanged with a new one. 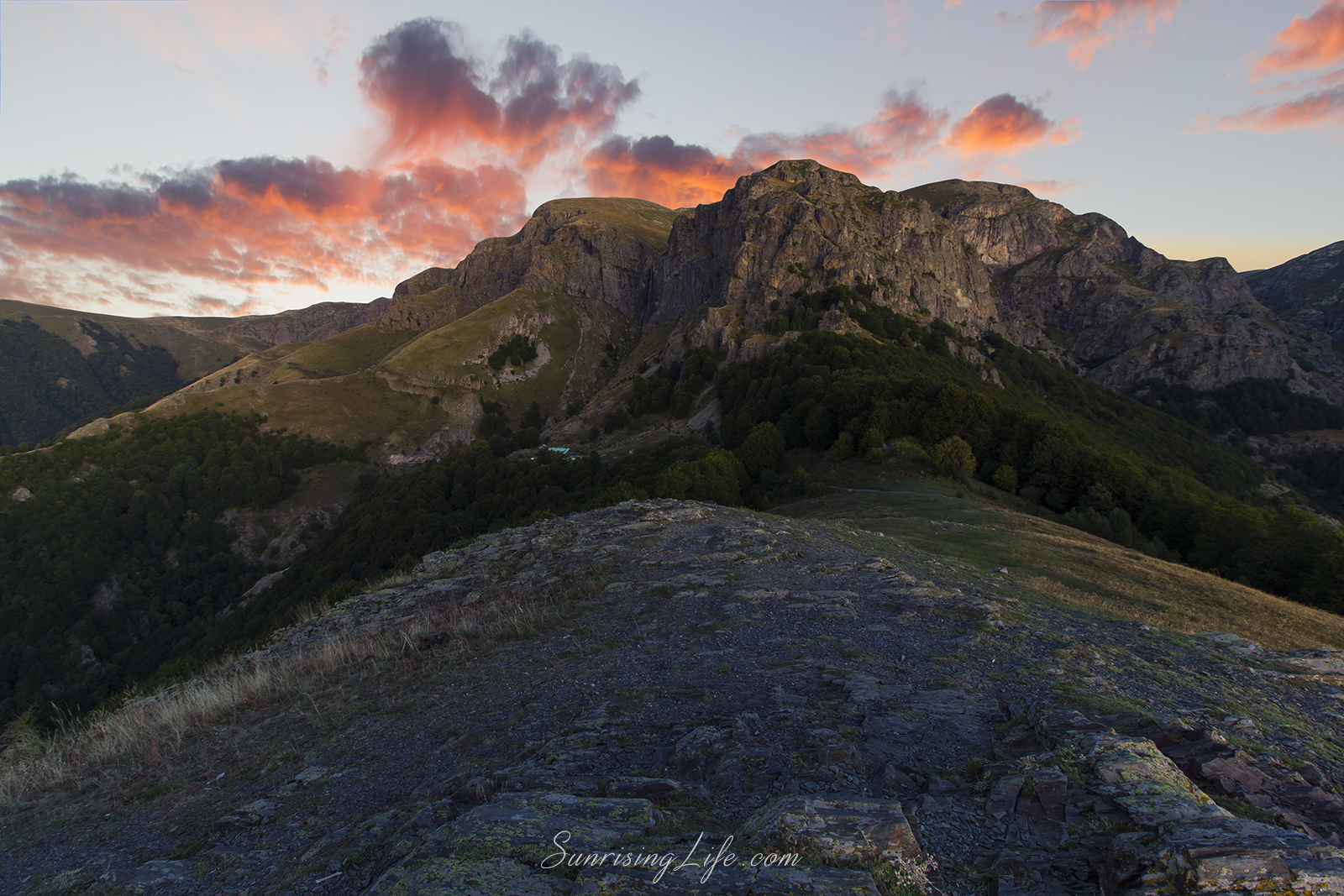 After we climbed the Tarzan path for about 50 minutes (again fairly brisk pace) we already saw the peak. But like a mirage in the distance. Already tired, but after a very short break – to drink some water, we went up. We chose to walk the path horizontally rather than on the ridge. We turn back and a vast expanse is revealed before our eyes. And we see that we have gone from „Hey there, in the distance.“

From below we could see a small white patch of snow, which was now much larger. Locals say that this is the eternal drift below the Botev peak.

Finally, we come to the catchment of which is the final and perhaps the most difficult part of the climb to the top. And maybe it’s not so difficult, but as you reach it you are so tired that it seems impossibly difficult. Extremely slow steps, but without stopping continue upward. And after about 15 minutes we were on the top. 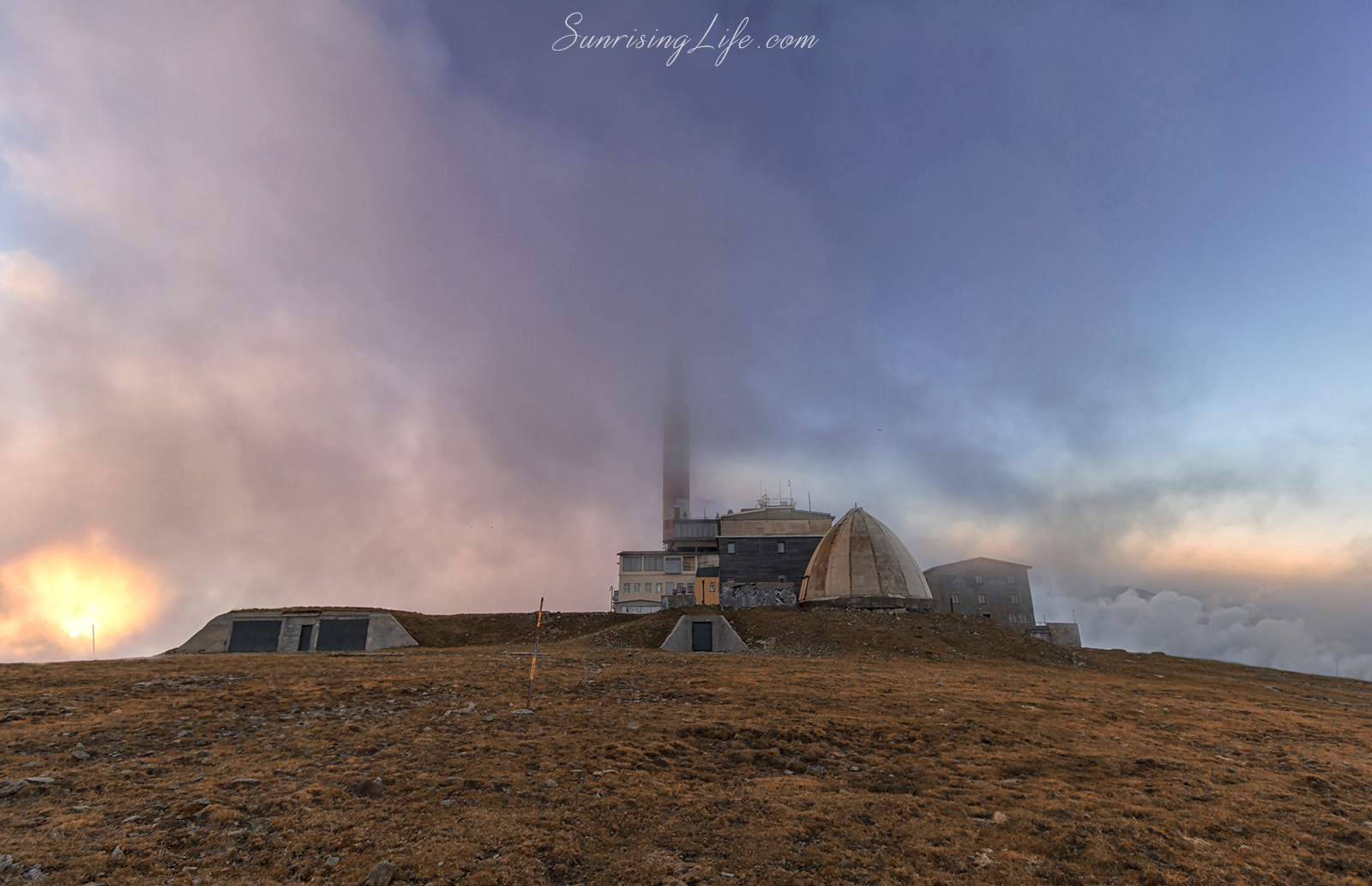 We were lucky that the sun was hiding under the clouds. Some of the pictures in the article were not from this hike because the weather was no good for pictures.

We liked a place and laid down on the grass. We were tired but very happy. The route from Rai hut to Botev peak took us over 2 hours and 30 minutes. And in conclusion, the route from Panitsite to Botev peak was 5 hours and 45 minutes but note that this is with fast walking and short breaks.

The rest on Botev peak

We lied down on the lawn and enjoyed the fresh air. The temperature was considerably lower than that in the lower parts – about 14 degrees. Once we rested we ate some bananas and some cashew and seemed to regain our strength. 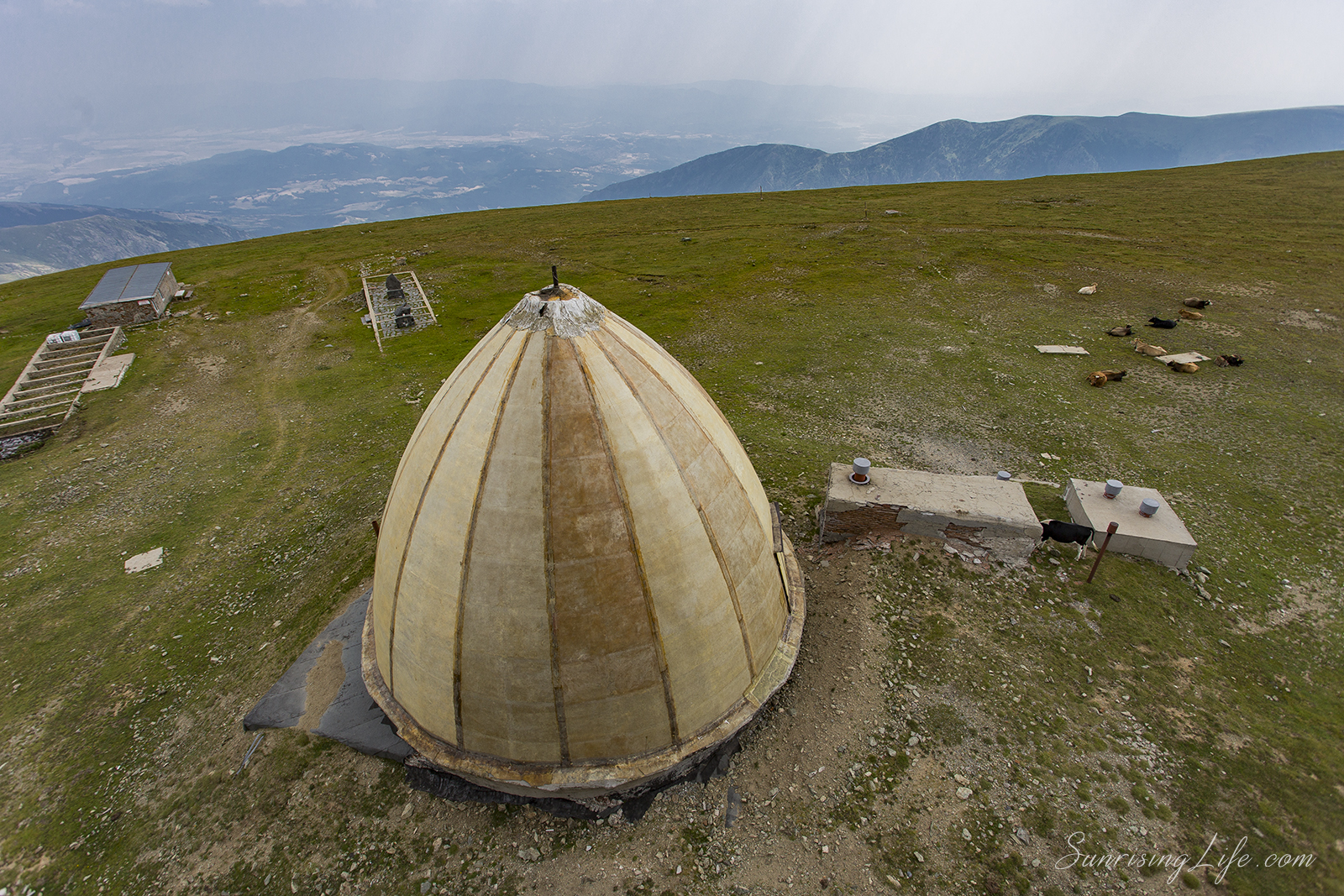 We got to walk around and have a look around. We saw that we climbed 1835 meters positive displacement, which explained why I started to feel stress in my legs.

At the top, there was a herd of highland cows who was undisturbed. We did some pictures rested and headed down.

From Botev peak to Panitsite

Our calculation was that the way back will cost us 5 hours. Because we wanted to get to the car until it’s dark we decided to went back. Our rest was about an 1 hour and 30 minutes.

We decided to take the path along the ridge. We take the right path (as you stand with your back to the top). It was quite steep, but there are so many stones. Even I managed to march barefoot for a while until there was grass. Eventually, we came to the conclusion that this slope is too vertical and difficult descent, especially when the legs are tired. 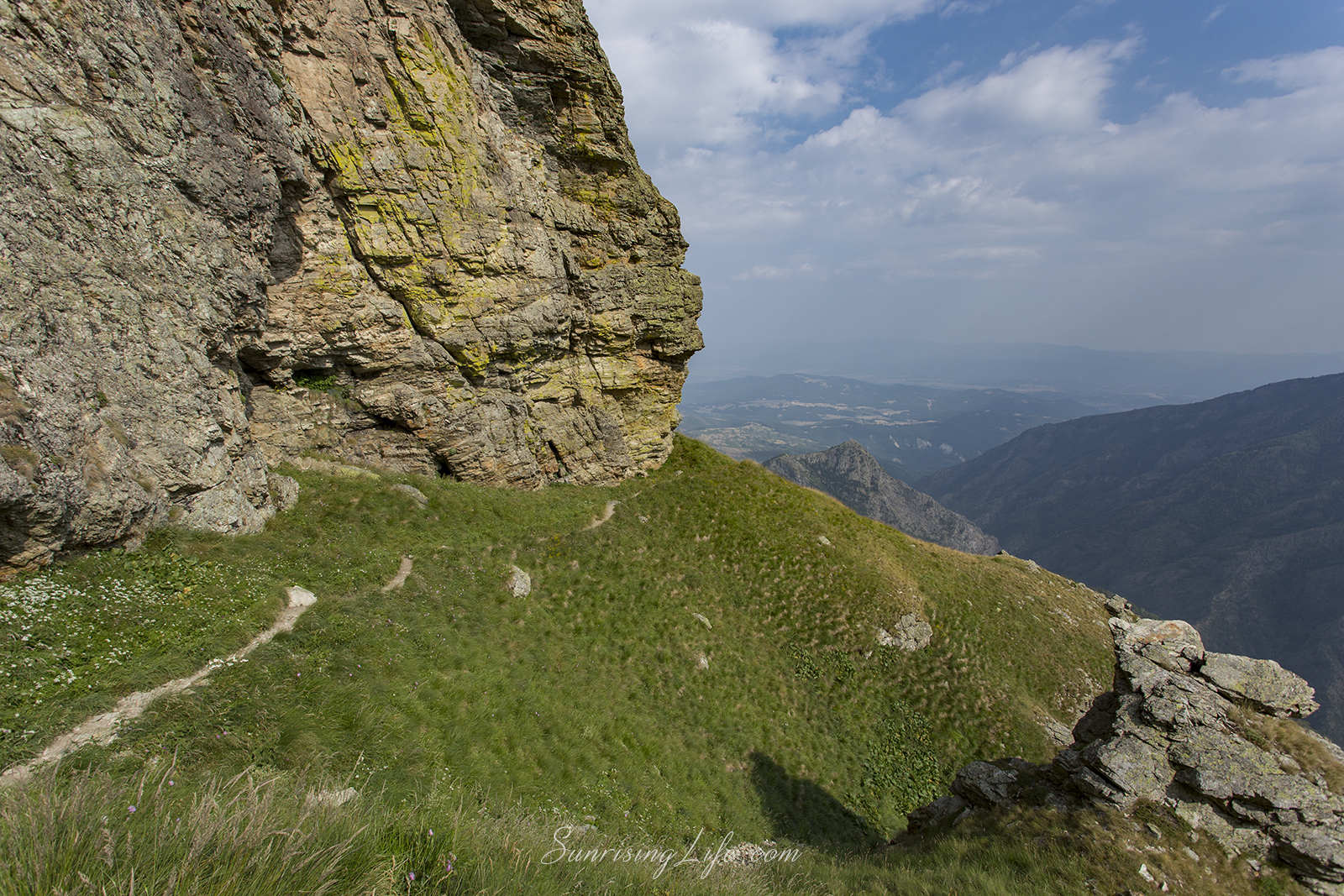 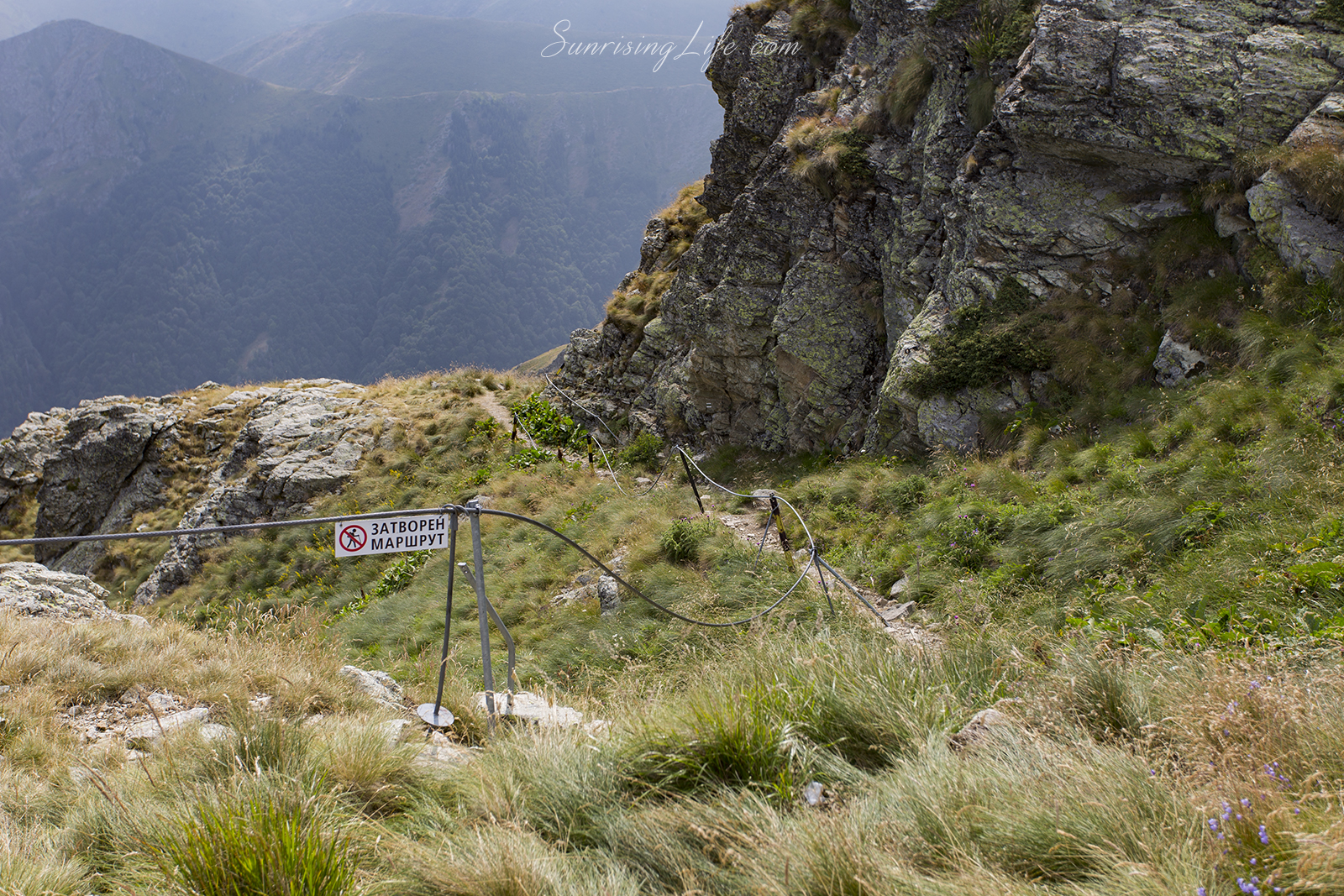 We were already on the way back and we knew what to expect. For about 2 hours and something, we went to the Rai hut where we rested.

The forest was again very pleasant part of the hike. Once we walked through so many stones in the forests we felt like we were walking on cotton. When we got to the end of the canyon we plunged our feet in ice cold water of a spring. It seemed simultaneously granted us and give us strength to continue.

It takes us a little more to reach the benches where we saw the sunset. There were 6 kilometers left. We hurried to get to the car before it’s dark.The last section – steep definitely hindered me because my knees barely kept me. But soon we overcame it and we were in the car.

Shortly thereafter, we were again on the benches and watched the sunset. They stayed for about six kilometers equally. We hurried to get to the car before it’s dark.

The bottom line was that we passed about 30 kilometers in 10 hours and we climbed and descended from the Balkan champion for one day. We were extremely tired, our forces were drained to the limit, but at the same time, we were very happy and satisfied with our achievement. 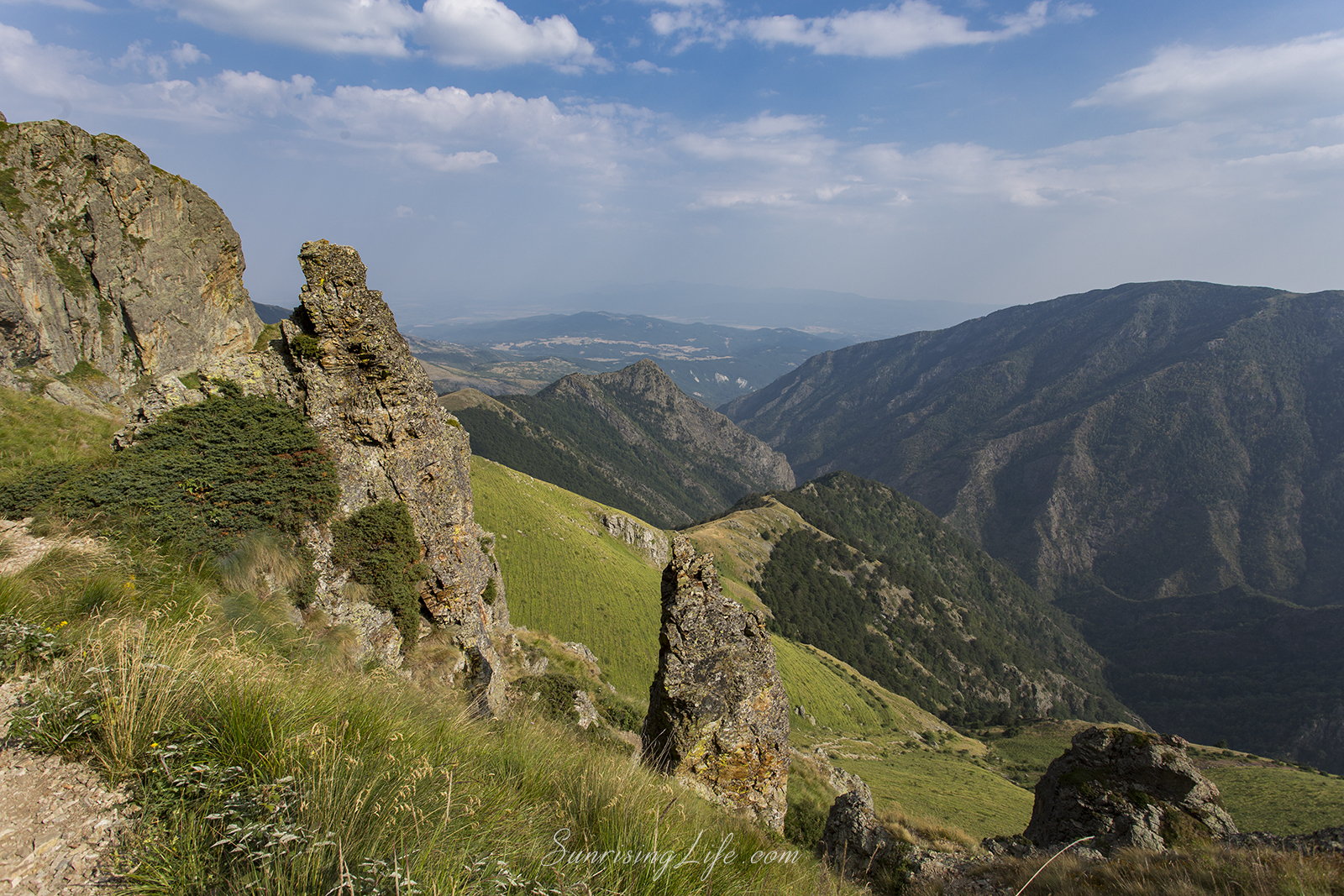 Some types when you decide to climb Botev peak

If you decide to climb the highest peak of Bulgarian Balkans, note the following: 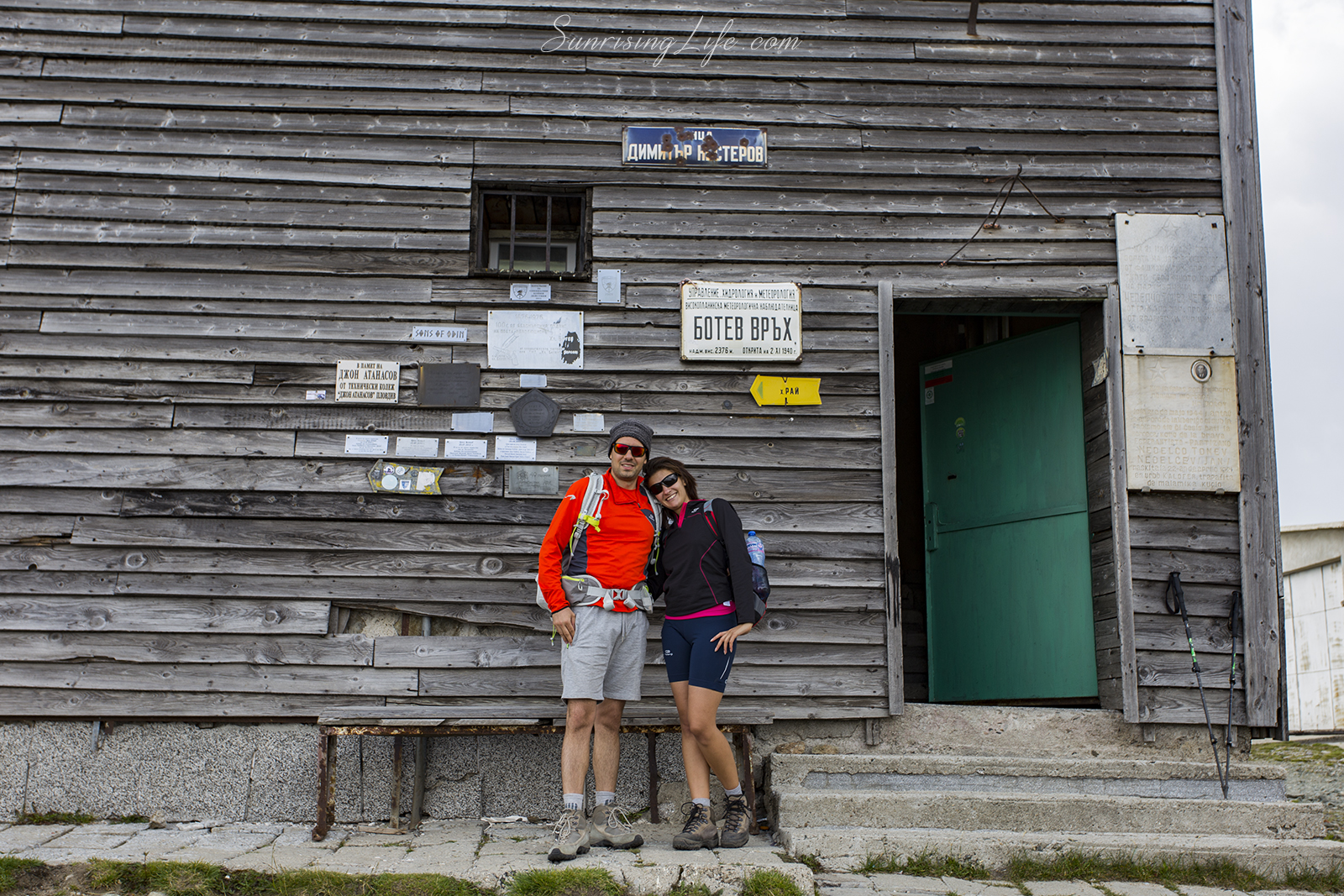